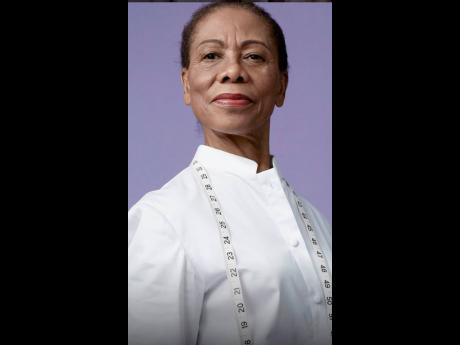 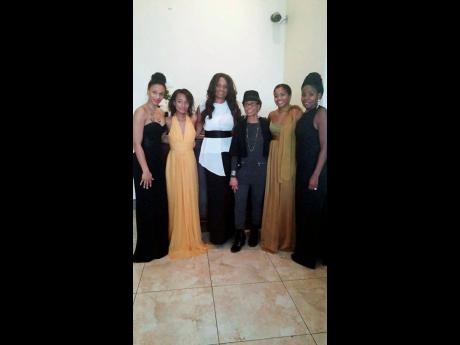 Contributed
Lorna Scott-Wiiliams (third right) poses with models wearing some of her designs. 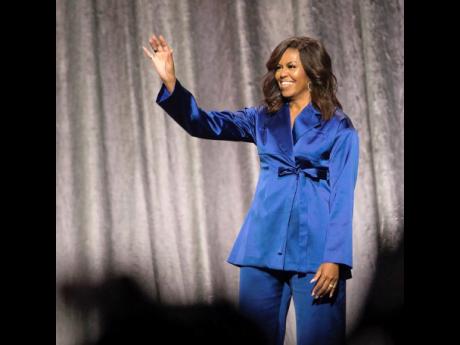 Contributed
One of the high points of Lorna Scott-Wiiliams' career was styling Michelle Obama for her book tour.
1
2
3

Jamaican designer Lorna Scott-Williams has been listed by Vogue magazine as a stalwart among 67 industry veterans named in the September issue as “people who make fashion happen”.

The 73-year-old fashion designer and pattern maker said, in an interview with The Gleaner, that her life’s work was inspired by her mother, who was a seamstress, and propelled by her son, Scott Williams, an actor and writer in Los Angeles.

From the age of 10, Scott-Williams developed a knack for sewing from watching her mother’s nifty fingers at work.

“I’m usually afraid of cutting, but one sentence that stayed with me that my mother would say is, ‘Just cut - the fabric doesn’t bleed,’” Scott-Williams said.

She also learnt another lifelong lesson from her mother, which has stayed with her throughout her career: You can only learn by making mistakes.

The school year had already begun when she asked her sister to send her brochures with schools she could attend, but 20-year-old Lorna was a big dreamer.

Born and raised in the district of Askenish, 11 kilometres (six miles) southeast of the Hanover capital, Lucea, Scott-Williams took her first flight ever to New York City in 1970 to enrol in the Mayer School of Fashion Design.

“I remember the president saying to me, ‘I don’t even know if we can start you because you are late. The classes have already started,’ and my response to him was, ‘Try me,’ because I knew what I was capable of.”

That burst of confidence and burning desire to achieve led her to transfer to the Fashion Institute of Technology, also in New York, to complete her studies.

The design she envisioned for her life at 10 years old has threaded her journey from obscurity to eminence, her train covering many runways and award shows.

After years of showcasing her talent, Vogue shone the spotlight on another forte of Scott-Williams’: that of expert red-carpet stylist who breathes new life into designs, even those that are not her own.

Actresses Jennifer Lopez, Kerry Washington, and Freida Pinto from Slumdog Millionaire are among the celebrities she has styled.

Scott-Williams said that among the most memorable moments was dressing Michelle Obama, wife of former United States President Barack Obama, for her book tour.

“That I will not forget. She is a very special lady,” Scott-Williams said, beaming.

It is experiences like those, she said, that represent high points in a career that she described as “bittersweet”.

Having spent more than 30 years in the industry, she has faced her share of challenges, including rejection.

But while acknowledging obstacles such as racism, sexism, and ageism, Scott-Williams told The Gleaner that she was determined to chart a path that young fashionistas could follow.

“I don’t want to focus on the negatives and discourage others. Your road may not be the same road I trod,” she said, encouraging others, especially young people, to ceaslessly pursue their desires.

“Believe in yourself, be who you are, and nothing less. Any young person that I can guide and inspire to move forward is what life is about, helping others move up the ladder one step at a time.”

The doyenne of fashion pays homage to her father, Walworth Scott, an award-winning farmer at the Denbigh Agricultural Show, and her mother, Elfleda, for lighting the flame of fashion in her heart at an early age.

“Branching out to represent my family means everything to me,” Scott-Williams said.