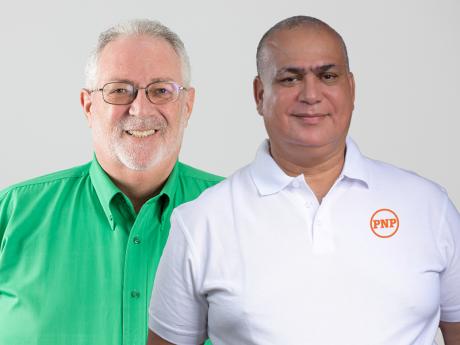 The People's National Party is to seek a magisterial recount in the Clarendon North Western constituency which recorded 1,107 rejected ballots in last week's general election.

Last night, Azan told The Gleaner that an application for a recount is unlikely.

"I don't think we're going to do any recount," he said.

But in a statement this afternoon, PNP general secretary Julian Robinson said a magisterial recount will be filed tomorrow.

"The documents are being prepared now," he told The Gleaner.

Director of Elections Glasspole Brown said, he found it unusual that 1,107 ballots were rejected in the September 3 poll in Clarendon North Western.

The 1,107 rejected ballots is almost 10 per cent of the total votes cast in the constituency.

But at the time, Brown said a proper analysis could not be done until there was a clear indication from the JLP or the PNP as to whether either would seek a magisterial recount.

"I did not see the ballots; the decision was the Returning Officer's. It's his wisdom based on the training and the guidance we have given him," said Brown.

However, he said the number of rejected ballots does "raise a red flag".

A ballot may be rejected if:
1) The paper was not supplied by the presiding officer
2) It was not marked for any candidate
3) The vote was given for more than one candidate
4) There was writing or mark on the ballot paper which could identify the elector.

The number of rejected ballots in Clarendon North Western would be the highest for the constituency in at least five elections stretching back to 1997; and by far, the most by any constituency in Jamaica over the same period.

The PNP was thrashed by the JLP which won 48 of the 63 seats in the parliament.

Rejected ballots in Clarendon North Western for past five elections: