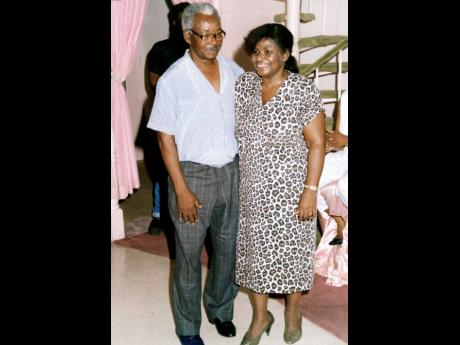 File
Olga Francis Keane and her husband, Dudley, in a 1995 file photo. 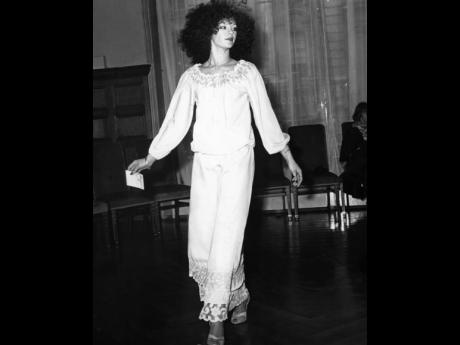 File
A Francis Keane creation that was displayed in the Jamaican booth of the London Collection in April 1978. 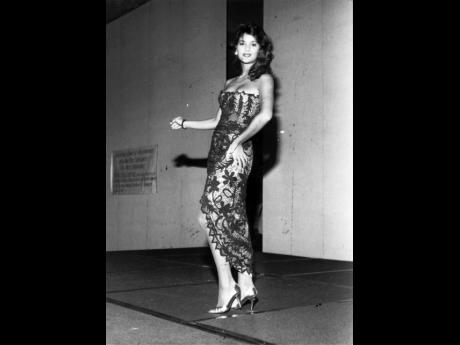 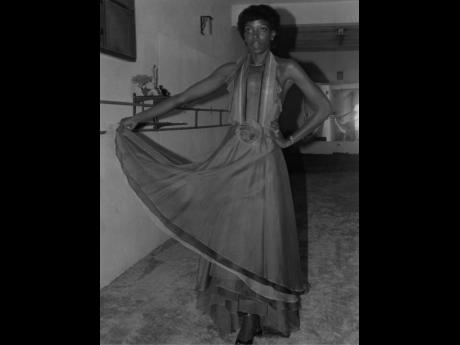 File
This Francis Keane dress, themed ‘Fantasy’ and worn by Christine King, was designed for the rainbow and two wispy bra-like pieces at the Florida Fashion Designer’s Show and received high acclaim.
1
2
3
4

Francis Keane’s protégé Weston Haughton, who studied fashion with her in the 1980s, said the woman he affectionately tagged ‘Mommy Keane’ dressed several beauty queens, in addition to the ordinary lady on the street.

“She was so original, so unique, women would walk off the street, ordered a dress and pay cash.”

The designer, who had the entire Jamaica talking about the embroidered cutwork that she wove into Simpson Miller’s wedding dress and Miss World 1993 Lisa Hanna’s attention-grabbing fitted gown, was so well respected in her field, when the Ebony Fashion Fair came to Jamaica she was the only local designer selected to appear.

Haughton, co-franchise holder of the Miss Jamaica World pageant, said that as a pioneer in the fashion industry, Keane operated a factory on Hagley Park Road, before moving uptown to Central Plaza, where she expanded, by constructing a showroom, a mezzanine, a large basement, and her factory. This was where she staged her fashion shows in the early days.

Francis Keane, who studied at Traphagen School of Fashion in New York, was lauded by Jamaica’s first supermodel, Althea Laing, whose life has been touched richly by the late trailblazer.

Laing recalls going to Francis Keane for many special pieces, but leaving with far more than she anticipated. “She nurtured many of our young women, extending that maternal predisposition she was known for,” said Laing.

A mother of five, one predeceased her, Laing said that for many of the women in fashion, Francis Keane was their emotional anchor and confidante.

“She motivated us to be who we really wanted to be, fulfilling our dreams in the process,” Laing told The Gleaner on Friday.

Francis Keane was religious, and a visit to her boutique felt like being embraced by the walls. “There was this warmth because she had such a magnetic personality,” Laing reminisced.

The fashion designer moved to Florida about 13 years ago, where she resided with her daughter up to the time of her death.

Her daughters, Jennifer Goodrich and Fay Keane-Headley, described her as a strong-willed woman who believed in the value of work and education.

“She had a heart of gold, she gave to everyone. She was a big encourager, she found the good in everybody and hosted a number of Christmas treats in Greenwich Town,” Keane-Headley told The Gleaner.

Goodrich, who studied at Esmod School of Fashion in Paris, followed in her mother’s footsteps, but is now a real estate broker in Florida.

“We have all been influenced by our mom. From the onset I had a flair for design, and she saw that in me,” she said.

Reminiscing on the woman who gave birth to them, the women said one of the things that also fascinated them about their mother was her hair, which took on a series of shades when hit by the sun.

In 1998, Francis Keane was inducted into the Order of Distinction, rank of Officer, by the Jamaican Government.