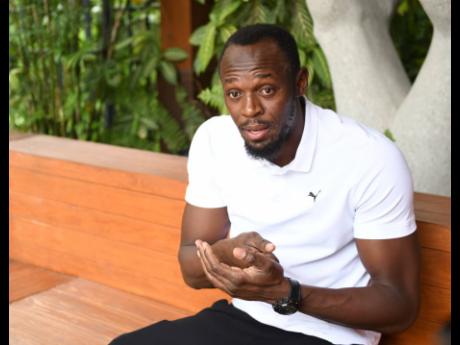 File
Usain Bolt was confirmed with COVID-19 days after the festivities. 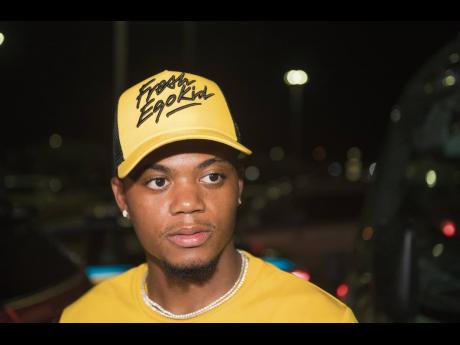 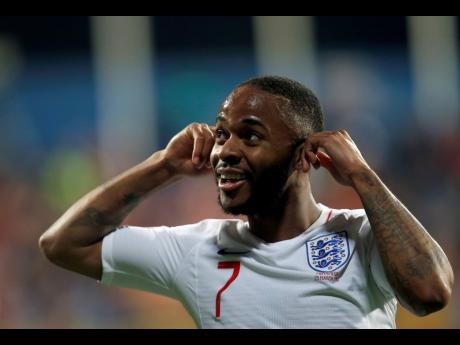 It will take at least another two weeks for the police to complete investigations and present a case to the director of public prosecutions (DPP) into last month’s surprise birthday party for sprint legend Usain Bolt that reportedly breached COVID-19 risk management protocols.

Both Prime Minister Andrew Holness and Health Minister Christopher Tufton declared there would be no special treatment for the superstar, and that an investigation would be launched into the event following a viral video of Bolt and guests dancing and singing at the party held at the Football Factory in St Andrew to celebrate his 34th birthday.

But unlike 37-year-old Denham Town resident Dayne Mitchell, who was pulled from under a bed by cops within hours after posting a video online disrespecting the prime minister and blatantly disobeying curfew orders in the early days of the local COVID-19 outbreak, the police say they are taking their time with this probe.

Last Friday, Anthony McLaughlin, superintendent in charge of the Counter-Terrorism and Organised Crime unit, said sleuths were still resolute, even though the superstar is in isolation recovering from COVID-19; and even though some visiting patrons had already returned home overseas.

“An investigation is still ongoing into the breach of the Quarantine Act. Although a permit was granted, we still want to find out whether the social-distancing rules were breached, and then with those who came into the country, we still want to find out if they actually breached the quarantine rules,” McLaughlin told The Sunday Gleaner last Friday.

“We will prepare the file and send it to the DPP. There is a wide range of things that can be done. I wouldn’t get into them now, but once we have prepared a file and sent it to the DPP, if there are breaches, it doesn’t matter where they (persons) are, they can be sanctioned. I’m hoping that within another two weeks or so we can wrap up the investigation,” he continued, adding that Bolt’s party was not the only high-profile event currently under police scrutiny.

When pressed, McLaughlin could not say with surety possible sanctions that could be brought against any international visitor to the island who violated quarantine orders to attend Bolt’s party. This came as no surprise to renowned constitutional lawyer Dr Lloyd Barnett, who suggested that the police, for the most part, were bluffing.

“If it is not an extraditable offence and the person is not within your jurisdiction, you can’t prosecute them; you can’t try them,” said Barnett. “Once they are out of your jurisdiction, the only way you can get control over them is by way of extradition, and this (violation of quarantine orders) issue would not be an extraditable offence,” he added.

The presence of Sterling, who played for his England-based club on August 15 in the Champions League, and Bailey, who featured for German club Leverkusen in their Europa League loss on August 10, indicates that the mandatory 14-day quarantine requirement for overseas visitors was not observed.

While there was temperature screening, mandatory sanitisation, and mask-wearing upon entry to the event, social-distancing and mask-wearing protocols were later ignored, sparking criticisms from the wider public.

Bolt and his executive manager Nugent Walker have shied away from commenting on the police investigation openly. Contacted Friday, Walker was still tight-lipped.

“If you want to write that you checked and that Bolt is in good health, I have no problem with that, but nothing else in regard to what the police are doing or not doing. I have no comments on that,” offered Walker, a pale contrast to sentiments shared by other friends of the superstar’s family.

“The minister came out and said that COVID-19 positive cases are spreading among the upper echelons of society. So let us put him (Bolt) in that category, it wouldn’t be him one then! So who else is going to be under investigation? What is happening with the rest of the people, the friends of ministers in Jamaica?” one person close to the track legend said.

Another said curtly: “The party is being investigated? You will have to speak back to those doing an investigation because I am not aware of that. I don’t know why there would be an investigation. Did he do something wrong?

“If somebody is saying that an investigation is taking place, I would love to hear the findings of that investigation. We are not in the business of making any news out of this,” said the source. “Bolt tested positive for the coronavirus. For us, that is a medical, private matter that was leaked.”

When contacted, Sports Minister Olivia ‘Babsy’ Grange said: “For me to make a comment, I would have to familiarise myself with what is happening. I really do not know and I would have to get some accurate information as to what is going on. I’m aware only about what I have read in the press, but I don’t know how much of it is accurate and how much isn’t.”

Grange faced criticisms from social media users when she announced on the same day news came of Bolt’s positive status that a statue of the sprint sensation would be erected in Water Square in Falmouth, Trelawny.