Marisa Dalrymple-Philibert to be new Speaker of the House 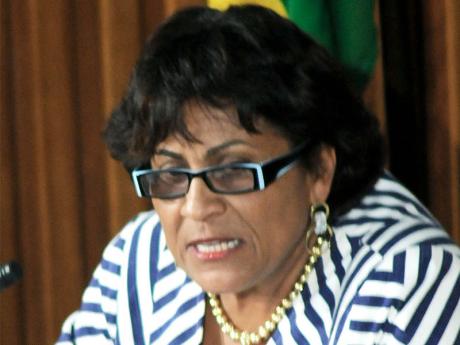 Dalrymple-Philibert ... will aso be sworn in Tuesday for a fourth consecutive term as the Jamaica Labour Party’s Member of Parliament for Trelawny Southern.

It's the second time she will be holding this position having first served from July 2011 to December 2011.

The speaker is responsible for upholding the rules (Standing Orders) of the House, and ensuring that the rights of members are protected.

Dalrymple-Philibert will be sworn in Tuesday for a fourth consecutive term as the Jamaica Labour Party’s Member of Parliament for Trelawny Southern.

After that, the formalities of members nominating, and then electing the speaker and a deputy, will take place.

“I certainly accept it as a vote of confidence from the Prime Minister,” she told The Gleaner this afternoon.

“I think there is obviously a new dispensation which recognises the contribution that woman can and will, in fact, make to the governance of this county.”

Noting the Government’ control of 48 of the 63-seat House, Dalrymple-Philibert, said she feels ‘no pressure’ to ensure that the Opposition's voice is not lost.

“It has happened before and as a country and as a people we have managed the discourses in Parliament,” she said.  “I don’t see it as a pressure and I intend to give each person the opportunity to state their views and their points as it relates to the governance of this country.”

Dalrymple-Philibert is taking over from Pearnel Charles who has retired from representational politics.

The MP-elect is the second woman to serve as House Speaker.

The new session of Parliament will begin tomorrow with the swearing-in of Senators and Members of Parliament.

The ceremony will begin at 11:00 a.m. and will be held at the Jamaica Conference Centre in downtown Kingston to facilitate social distancing in light of the COVID-19 pandemic.

The Parliament usually meets at Gordon House on Duke Street in Kingston.