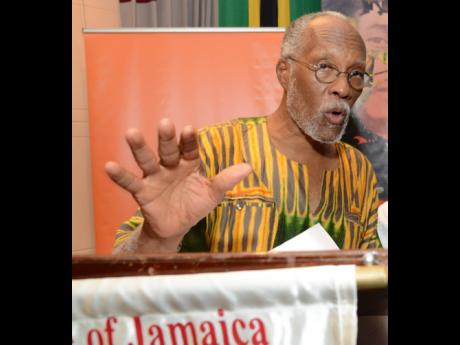 File
Herbie Miller says that a statue should be built in Toots’ honour in May Pen, Clarendon. 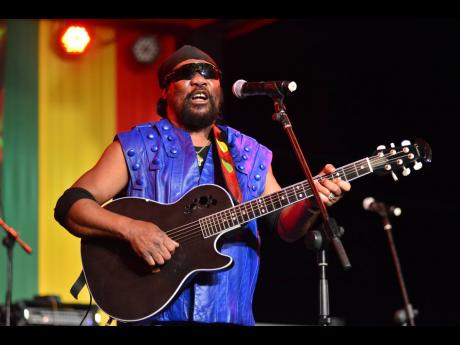 A former manager of the late Frederick ‘Toots’ Hibbert is lobbying for a statue of the late reggae legend to be erected in May Pen, Clarendon, from where he hails.

Herbie Miller, who knew the reggae icon from the early 1970s, ranks Toots among the pantheon of music’s all-time greats.

“When you look at authenticity, Toots is the man,” said Miller, a music historian.

“... Others are good, they are all good, but when you talking about solid and whose contributions are indelible to the world, I mean in every crevice of the world, Toots is one of them,” he said.

Hibbert, 77, passed away in hospital on Friday, September 11, after being placed in a medically induced coma while undergoing treatment for respiratory complications.

Renowned for his songs Bam, Bam, Pomps and Pride, Monkey Man, and 54-46 (That’s My Number), Toots and his band the Maytals waved a magic wand over diverse audiences and ruled the stage from the mid-1960s into the 21st century.

Toots’ coining from his song Do The Reggae gave reggae music wings in its early years before the genre became a global powerhouse.

Miller believes that the late singer has been underrated and overlooked in Jamaica, a country “he helped to put ... on a pinnacle”.

“He does not exhibit ignorant traits and so they just see this simple countryman,” Miller told The Gleaner. “They don’t even know who he is, yet he walks the planet like a king.”

Throughout his career, the Grammy winner was known to “fight for right, not for the wrong,” he added.

Toots’ contribution to reggae helped to light a flame to socio-political issues and his musical appeal helped him to cross over cultural and racial barriers and his singing style drew heavily on “the rural local Baptist church experience,” said Miller.

“He was not as brazen as Peter Tosh and Bob Marley in a revolutionary way, but he was subtle,” Miller said of the performer’s reach.

“If he couldn’t jump and dance on stage and had to sit in a chair, he would still be a great performer.”

Toots and Bob Marley were listed by Rolling Stone magazine among the 100 Greatest Singers of All Time. Toots was listed at 71, with the likes of other vocalists such as Ray Charles and Otis Redding, who inspired the creation of the album Toots in Memphis.

Backup singer of 15 years, Latoya Hall-Downer, told The Gleaner that aside from the creative experience, Toots’ life was a lesson in humility.

Hall-Downer praised the late entertainer for the fatherly care he showed to women on tour, hollering from the bus, “Children, children!”

The back-up singer worked closely with Toots on his album Got To Be Tough, which was released in August.