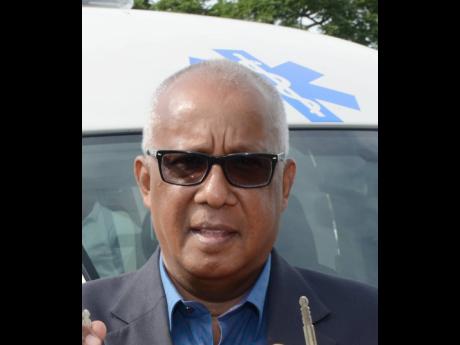 As the numbers of confirmed COVID-19 cases in St Thomas continue to spike, chairman of the Princess Margaret Hospital, Michael McLeod, has called for additional wards and at least one other facility to accommodate persons infected with the new coronavirus.

At 330 cases, St Thomas trails only Kingston and St Andrew and St Catherine as the parish with the most coronavirus infections. Jamaica has recorded, as at Thursday, 4,374 cases and 51 deaths.

McLeod, who has expressed confidence in the local health department getting a handle on the outbreak, wants Minister of Health & Wellness Dr Christopher Tufton to consider using the former Isaac Barrant Hospital, which is now a centre of excellence in the parish.

“I believe we can have some 30 rooms renovated there and brought up to standard to act as additional wards,” McLeod told The Gleaner on Thursday.

The hospital chairman disclosed that those who had been in isolation from five communities that were quarantined in August have returned home.

Up to Wednesday, four coronavirus patients were admitted to Princess Margaret, seven at Three-Finger Jack, while 18 others were in home isolation.

While conceding that the initial scare that crippled healthcare workers at the onset of the virus has subsided, a healthcare employee at Princess Margaret said that she was now more composed.

“I’m coping okay now. Initially, it was a bit more stressing because of not having enough understanding about the virus as it was new to the entire world,” said the healthcare worker, who requested that her name not be published because she was not authorised to speak to the press.

“My main problem is that I don’t get to be around my family as often as I’d want to because there are times that I have to send away my child to be with the grandmother, where it is safer and where there are less interactions with the outside world.”