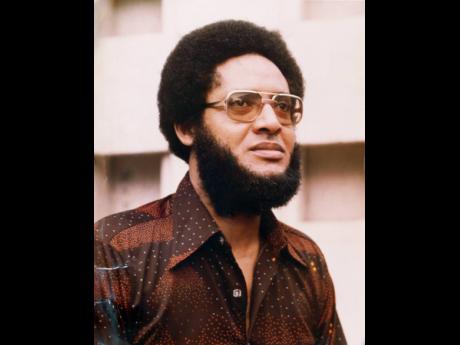 Donald Keith Duncan, one of the legendary generals of the People’s National Party (PNP) who steered it during the tumultuous upheaval of the 1970s, is dead, forced to retreat from the political battlegrounds where the coronavirus was an invisible hand.

A polarising force in Jamaican politics, the one-time minister of mobilisation could not resist helping to scour constituencies in August for votes for his two daughters, Imani and Patricia, who were to face the electorate for a second time.

But in the climax of the hustings, COVID-19 struck.

Duncan, 80, died on Thursday at The University Hospital of the West Indies a disappointed Comrade, bruised by the September 3 election losses suffered by both daughters.

Prime Minister Andrew Holness acknowledged Duncan’s stature in Jamaican politics, underscoring that he was a force to be reckoned with.

Holness said Duncan was a passionate man who played a key role in shaping the politics of Jamaica during his time.

Former Prime Minister P.J. Patterson hailed his late Comrade whose contributions to the PNP he described as “substantial and legendary”.

“His commitment to political and social change through service is the hallmark of his long and impactful political career. His unyielding commitment was to the upliftment of the masses, to elevate and inspire Jamaica’s underprivileged and marginalised people with whom he had an abiding affinity,” Patterson said in a statement on Thursday evening.

“D.K. was a man of strong and passionate convictions on what Jamaica can be and become and what the Jamaican people can achieve. His devotion to activism was to these ends.”

Duncan’s foray into politics began in 1966 when he was the PNP campaign manager in the St Ann North Western local government elections. He was a dentist in Brown’s Town, having graduated from McGill University in Canada. He later served as PNP campaign manager for various candidates in the general elections of 1967 and 1972.

He had been among a group of bright, driven radicals of that era who wanted to transform Jamaica through socialism to serve the masses, the majority of whom were black and underprivileged.

The PNP was the vehicle to accomplish the mission in a fiercely ideological era where the forces of communism and capitalism converged.

Duncan gained an enviable reputation for being a political strategist and executioner and is credited with helping to develop the PNP’s electioneering strategy that propelled Michael Manley into power in 1972.

He represented the constituencies of St Andrew East Central between 1976 and 1980 and Hanover Eastern between 2007 and 2016.

“He was very analytical. He was one of the first persons to use scientific data. He would try and get information from the ground to know what was going on in order to plan. In other words, he didn’t start planning from his head,” Paul Burke, former PNP general secretary, told The Gleaner on Thursday.

Veteran trade unionist Lambert Brown told The Gleaner that Duncan was a “PD-by-PD” man - tactical smarts that might have spared the PNP the carnage of 49-14 election defeat two weeks ago.

Duncan succeeded Ken Chin-Onn as PNP general secretary in 1974. It was a post he held until 1981, shortly after the PNP lost the 1980 election in a landslide in a period of apocalyptic bloodshed.

In 1980, at Spanish Town’s Munamar Square, Duncan was caught on television footage standing with Michael Manley. Munamar Square was in the heart of the JLP bastion of St Catherine Central.

There, Bruce Golding of the JLP reigned.

The battle was bitter, but Manley and Duncan stood their ground even when other Comrades fled as gunshots rang out.

Burke described the defeat of the PNP in 1980 when Duncan was general secretary of the party as an “electoral defeat as well as a military defeat”.

The bromance between Manley and Duncan after the defeat also withered.

Duncan was a polarising figure in Jamaican politics who crushed enemies who crossed him. But Brown argued that Duncan, too, could put country above self and even form unlikely alliances.

In the 1990s, Duncan and Golding forged the New Beginning Movement, which then blossomed into the National Democratic Movement.

Burke contends that Duncan left the PNP because it had veered too much to the centre of political ideology.

“He wanted good for Jamaica, and he felt that somehow, elements inside the PNP and JLP who were disenchanted could come to together in the NDM, could come together and create a new and different society,” he said.

Duncan’s family, many of whose careers span politics and businesses, described the late political stalwart as a “deeply caring” man who “lived with a generosity of heart”.

The family, including JMMB execs Donna Duncan and Keith Duncan, said: “DK, husband, father, grandfather, great-grandfather, brother, uncle, and our bona fide friend was a giant for us. He had a special relationship with his four brothers.”