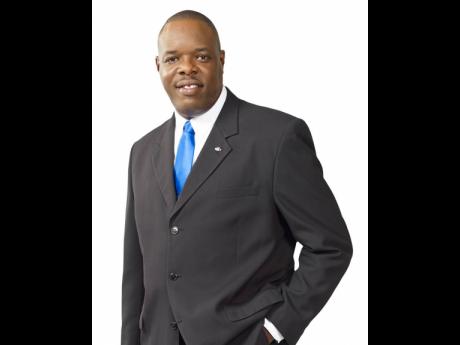 Registrar of the Caribbean Examinations Council (CXC), Dr Wayne Wesley, yesterday defended the exam body’s grading system amid howls of protestations across the region about discrepancies in the 2020 results published this week.

Hundreds of students have decried what they deemed ‘unacceptable’ results in the Caribbean Advanced Proficiency Examination (CAPE) and Caribbean Secondary Education Certificate (CSEC).

Journalists from across the Caribbean yesterday quizzed Wesley during a digital press conference, arguing that students have anonymously shared screen grabs of what they deemed ridiculous results.

However, as reporters sought answers as to why so many students were unhappy with their grades, Wesley said he could not provide details on individual results which were private.

On the question of which Caribbean territories had lodged formal complaints to have their results reviewed by the exam body, Wesley said he was confident that the various ministries of education would make public their requests for review.

The CXC registrar said he could not provide information on how many students had requested reviews. He indicated that students should complain to their respective schools and ministries before dialogue can be had with CXC.

“Because of the process, we wouldn’t have that data right now. The process requires them to go to their schools and requisite ministries, but we have not received them as yet,” he said, pointing out that official requests for specific reviews to be done have not been received by CXC.

He emphasised that the results already issued by CXC are preliminary, and said persons still have time to launch formal complaints.

“We have indicated to individuals that where there are concerns, they need to raise it with us. Once the issues are raised I will make the necessary attempts to address the issues.”

“Certainly, our approach is always one of listening and understanding the concerns and to treat with those. We have not disregarded anyone who would have approached us with a concern,” he added.

Responding to claims that some persons may have received poor grades, for example a grade 6, even though they achieved straight A profiles in the different subject areas, Wesley said, “I would love to see that information because there were no such grades awarded. That is not possible.”

Wesley insisted that internal checks were conducted and no such grade was given.

He rejected claims that there were anomalies on the part of CXC.

“I can clearly say there is nothing in our database that has a straight A profile with those kinds of grades. I cannot respond when students’ information is personal.”

Attempts yesterday to contact Minister of Education Fayval Williams for comment on the way forward to address the concerns of disgruntled Jamaican students were unsuccessful.

The ministry had issued a release early yesterday, saying it had written to the chairman of the CXC, Professor Sir Hilary Beckles, requesting that a thorough investigation be done into several anomalies that have been brought to the attention of the ministry.

The ministry demanded to know as well why exam results were sent directly to students before being sent to schools and the ministry.