Companies get $4b tax write-off - Entity with $1.5b debt cleared among 86 to get CIT arrears pardoned since 2018 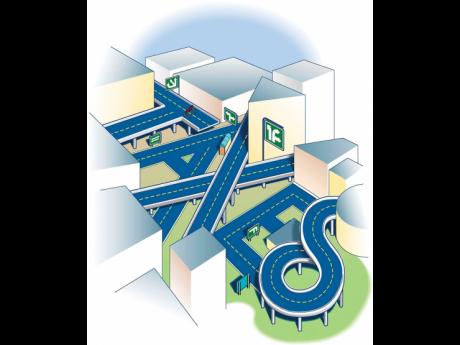 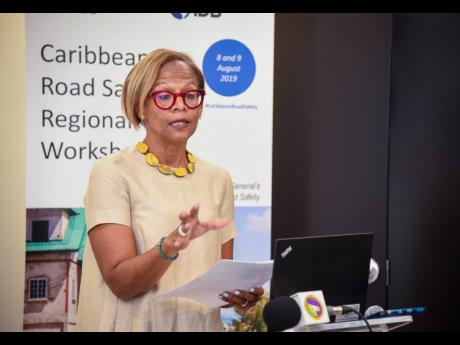 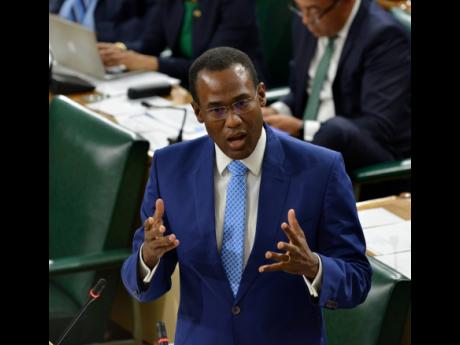 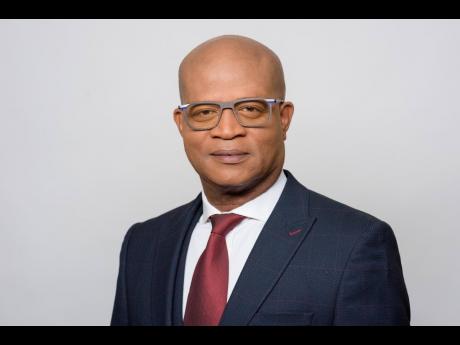 Since 2018, the Government has written off approximately $4 billion in taxes owed by 86 companies, including one entity which had $1.5 billion in corporate income tax (CIT) arrears, a Sunday Gleaner probe has found.

The revelation comes as the Micro, Small and Medium-sized Enterprise (MSME) Alliance calls for write-offs to help its members cope with the fallout from the COVID-19 pandemic.

But such calls come in the context of widening revenue gap for the Andrew Holness administration and news that about 46 per cent of companies are failing to pay their fair share of CIT. The $4 billion is likely to be far higher when other tax types are factored in.

Some of the information came through an access to information request to Tax Administration Jamaica (TAJ), which stuck to its policy of not publishing the names of delinquent businesses.

In 2018, 54 companies benefited from the provision in the law which allows the commissioner of taxes to make recommendations for write-offs to the finance minister.

There were 19 such approvals totalling $185 million in 2019, and for this year, 13 businesses have benefited so far.

The companies can be identified based on the information published in the state’s newspaper, the Jamaica Gazette, but checks so far have not yielded details on the company which received the $1.5 billion write-off.

The TAJ labelled the entity as ‘Company AB’. Another one, ‘Company S’, had $707 million wiped away.

Using gazetted information, The Sunday Gleaner was able to identify some of the entities captured in the TAJ’s response.

For example, $221 million in CIT for December 2008 to December 2009 was written off for the Colombian engineering firm Schrader Camargo Ingenieros Asociados SA, which the TAJ had as ‘Company I’.

The company’s total figure was $233 million when PAYE taxes and asset tax arrears were added.

Approximately $44 million in interests on CIT in December 2009 was written off for Facey, a 90-year-old food distribution company.

Mack D’s had its slate wiped of $344 million in PAYE, general consumption tax (GCT), minimum business tax and education tax that accumulated at different points between November 2011 and December 2018.

Its PAYE alone was $267 million; GCT at $34 million and education tax at $25 million. The bulk, like for many other institutions, was in interest and penalties.

Quality Academics, an educational institution, had its $88 million arrears in education tax and PAYE, built up between December 2007 and December 2016, written off.

In the recommendation to Finance Minister Dr Nigel Clarke, the commissioner general of taxes determined that the amounts owed by the companies was “uncollectible”.

Sunday Gleaner messages sent to Clarke on September 11 and 23 have gone unanswered.

The Ministry of Finance and the Public Service told The Sunday Gleaner that the top five reasons for the $4 billion in write-offs since 2018 were the inability of companies to pay; businesses closed without any assets; directors cannot be located, were terminally ill or have died; or companies bankrupt.

Debts older than 10 years and where the cost to collect is greater than the debt can be used as legal reasons to forgive a company in arrears.

Some of the write-offs are part of the ongoing process of the TAJ to clear $230 billion in uncollectible taxes in which private-sector companies may benefit if their arrears were before December 2010.

Tax write-offs in Jamaica are taking place in a more predictable and structured environment as a result of the legislation approved by Parliament in 2013.

The new regime sharply contrasted with the far more discretionary-based system that existed before in which tax forgiveness was heavily used as a political tool to extract leverage, a senior tax expert in the Office of the Prime Minister told The Sunday Gleaner.

“The big man could just call the minister and his bill would be settled,” the official said.

The new regime was also driven by high rates of interests and penalties and difficulties collecting even after assessments, which created a drag on the authorities who needed a way to boost compliance and support business growth.

The TAJ, too, was buckling under the weight of old debts, which it needed to clear from its books to improve its revenue-collection reporting.

Additional information obtained in July shows that 5,583 out of the 12,203 of the CIT company taxpayers on TAJ’s records are delinquents, with the Government taking various actions against some, including lawsuits.

The 2013 amendments to the tax collection law came as the country was ushering in a period of tough fiscal reforms grounded in a programme with the International Monetary Fund.

The changes gave the finance minister the legal authority to write off tax arrears and penalties determined to be uncollectible by the tax commissioner.

The operationalisation of that has seen the creation of a committee which assesses the cases before any recommendation is made in a bow to transparency.

That committee includes representatives from the TAJ – a tax specialist, lawyer and a deputy tax commissioner – and the finance ministry, whose agents are a deputy financial secretary, and directors for tax relief and policy review.

The taxpayer’s history, profitability, the reasons put forward for the write-off request, interviews with the company or individual and even site visits are considered in making the final recommendation.

Further changes to the Tax Collection Act regulations came in 2018 to make it easier to qualify for debt forgiveness.

That was an attempt to correct an “inequitable” feature in the regime, where it was felt delinquent taxpayers were being rewarded while entities that invoked their legal right to challenge a decision of the commissioner of taxes were being punished.

Companies that do benefit from write-offs do not automatically escape the State. Since regulations also allow for the periodic review of companies’ tax records, the authorities can still try to recover the amounts cleared.

“A write-off is different from a waiver, in that the commissioner general has the right, within 20 years of the write-off, to demand payment of taxes written off, once it is determined that the taxpayer is now in a position to make such payments,” the finance ministry official told The Sunday Gleaner.

Must be a temporary measure, warns IDB

The issue of write-offs as a public-driven stimulus to help companies and economies is taking on new life because of the financial fallout from the COVID-19 pandemic.

Donovan Wignall, president of the MSME Alliance, said his more than 300,000 entities “absolutely” need the write-offs.

“The revenues of businesses have really been shot,” he said.

“People’s ability to live up to their financial obligations has been severely impaired. Taxes represent a significant commitment on businesses, and one of the ways the Government could help alleviate some of the current stresses that small businesses have is to give some kind of tax write-offs,” he continued, adding that there are ongoing discussions with the finance minister.

“The Government does have its obligations and they have done creditably during this period by providing some relief to businesses, but they can go a little further in assisting,” Wignall said.

While not definitively saying Jamaica should go that route, the Inter-American Development Bank, one of country’s key financial partners, said helping companies survive the pandemic shock “is crucially important, [especially] for a country as reliant on corporates and SMEs for output and employment”.

But, the bank’s country representative to Jamaica, Therese Turner-Jones, said such actions should be temporary to protect economic reform gains.

“The most important priority is to make sure interventions are targeted at the sectors and entities that need it most time-bound, and well defined. Similarly, they should be structured to provide near-term cash-flow relief, which will be most beneficial to companies trying to remain in operation through the crisis.”

Turner-Jones said: “When the economy recovers, a vibrant corporate sector must continue to make its fair contribution to Jamaica’s public finances, so that the Government can return to its objective of increasing investment in critical infrastructure, and improving social outcomes in areas such as health, education, public security, water and sanitation, etc.

“This will be crucial to raise productivity, growth, and living standards.”

In May, Clarke told Parliament that the Government was facing a revenue shortfall of $81 billion, a situation compounded by recent projections for the economy to contract by up to 10 per cent.

Some entities that benefited from tax write-offs since 2018

• One on One Educational Services ($13m)