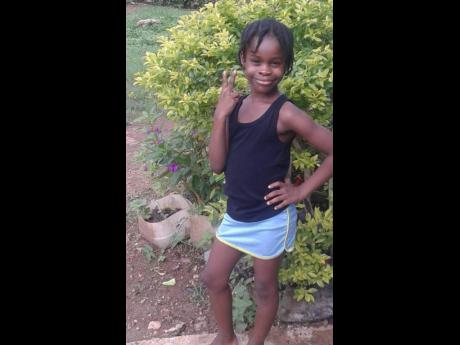 Photo by Rasbert Turner
Naomi Jones, who was found hanging inside her Commodore, St Catherine, home on Saturday. 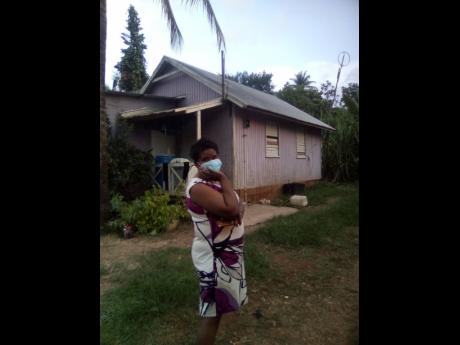 Photo by Rasbert Turner
Michelle Henry stands in front of the house where she discovered the body of her eight-year-old daughter hanging.
1
2

Michelle Henry looked with bewilderment at her house a day after her eight-year-old daughter was found inside hanging from a clothes line in Commodore, St Catherine, on Sunday.

Her face was a canvas of devastation and dumbfoundedness as she retraced the steps that led to her saddest moment: discovering the dangling body of little Naomi Jones on Saturday.

“Wi affi leave from here as a just bare bad memory a go through wi mind,” Henry told The Gleaner on Sunday evening.

Henry recounted that she left Naomi at home to assist her eldest daughter at a nearby gas station. Upon her return at about 5 p.m., she saw the child hanging from the roof inside the house.

Naomi’s mother was in disbelief at the suspected suicide.

“Mi run and hug up her body and feel seh it still warm. Somebody then tell mi that it look like she dead,” said Henry.

After her body was frantically cut loose, Naomi was rushed to Linstead Hospital, where her family’s worst fears were realised. The eight-year-old was pronounced dead.

Henry told The Gleaner that Naomi had always wanted to become a fashion designer.

The mother of five said that Naomi was very playful yet focused on her schoolwork at Linstead Primary, where she was enrolled. Naomi was scheduled to start grade three when school reopened on October 5.

Lewel Walters described the child as full of potential.

“She grow up here like my own child, always taking her mother’s clothes and towels and pretending to be fashion designer while playing with my daughter, who is of the same age,” he said.

The Linstead police in the St Catherine North division have launched an investigation into the child’s death.