Clash breaks out at NEC meeting 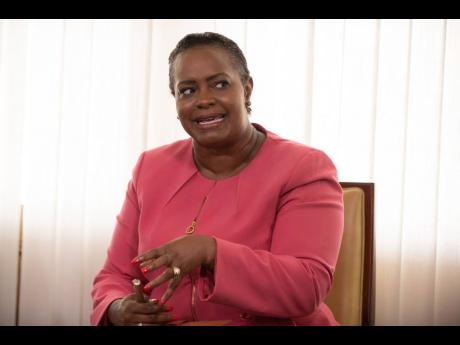 Tempers flared at the People’s National Party (PNP) National Executive Council (NEC) meeting on Sunday as deliberations got under way at the Jamaica Conference Centre.

However, questions were raised about the legitimacy of the present NEC to make decisions.

Former PNP General Secretary Paul Burke raised a number of objections to procedures that the leadership wanted to undertake and pointed out that a number of them breached the party’s constitution.

Inside the meeting, a dispute exploded between Papine Councillor Venesha Phillips and a delegate from the National Workers’ Union.

Ms Phillips had been pushing for the presidential and vice-presidential elections to take place at the same time, arguing that two separate rounds of political activity could further divide the party.

However, Gleaner sources inside the meeting said Ms Phillips was prevented from making the point and was attempting to leave when a man made abusive utterances at her.

Ms Phillips turned in rage to respond but was restrained by PNP Vice-President Mikael Phillips and others to prevent a bust-up.

Outside, supporters of presidential aspirant Mark Golding were adamant that “no ex-Labourite can’t run PNP”, referring to Lisa Hanna, a declared challenger.

The supporters who had threatened to disturb the meeting, taking place in the Kenneth Rattray Conference Room, accused Hanna of disrespecting ‘Sista P’, an affectionate reference to former Prime Minister and PNP President Portia Simpson Miller.

But Hanna’s supporters countered, “It is woman time now!”

They suggested that Golding was a mismatch for the post of president.

“Him too ‘speaky-spokey’! A woman we want! Woman time now. We want somebody who nah go be shaky in five years’ time,” said a woman who claimed she has been in the PNP since the Michael Manley era of politics.

In the meantime, both Fitz Jackson, the PNP chairman, and Julian Robinson, general secretary, told the NEC that they intend to step down from their roles after the presidential election.