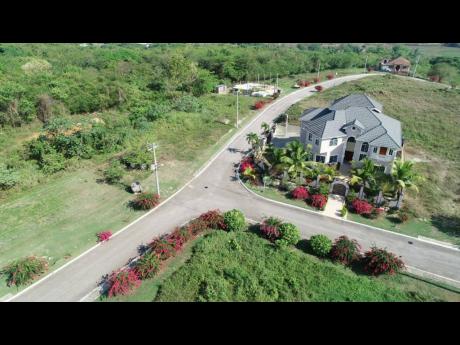 Contributed
Property owners at the swanky Negril Estate are charged US$1,000 per annum in maintenance fees. Contributed 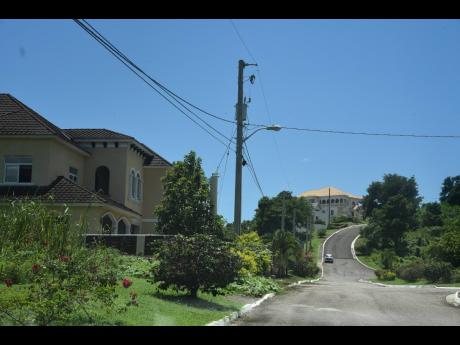 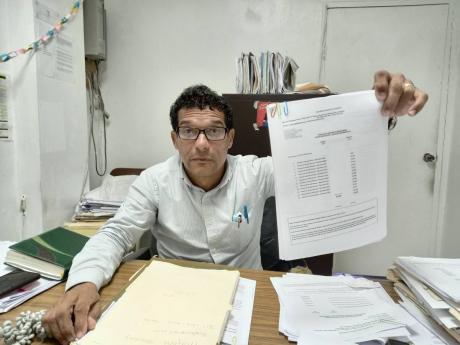 Photo by Mark Titus
Developer Patrick Fletcher shows what he says is one of many bills owed by homeowners at Negril Estate.
1
2
3

The Westmoreland Municipal Corporation has launched an investigation to determine if homeowners at the gated community of Negril Estate and the developer Reading Holdings Limited have been compliant before deciding to intervene in a dispute between both parties.

The municipal authority is verifying if all certificates were granted and whether the putative owners have titles and are up to date with property tax payments, said Savanna-la-Mar Mayor Bertel Moore.

“Once this is in place, then it will mean that it is the corporation that is in charge ..., but I don’t know if these things are done, so what we did is to turn it over to the chief engineer, who will investigate and tell us what the problem is,” Moore, who chairs the municipal corporation, told The Gleaner.

In a letter dated March 2, 2020, the Negril East Citizens’ Association Benevolent Society pleaded for the local authority’s intervention to address what it described as the failure of Reading Holdings Limited to install basic infrastructure, including water, street lights, and road-safety signs, on the property that comprises 170 lots.

“There is absolutely no running water in the community. Instead, water has to be trucked at the residents’ expense for usage,” the letter, signed by Noel Howell, states. “We have been paying Reading Holdings Limited (Patrick Fletcher) US$1,000 per year for maintenance. We are not sure how that money is being spent.”

However, Fletcher, CEO of Reading Holdings, which has developed projects locally and abroad, says the actions of the association – made up of homeowners and lot holders – are in response to legal action undertaken by him to recover over US$28.4 million in maintenance costs. He is confident that all is in place as required by law.

“When I am selling them the lots, I told them that the purchase price is neither here nor there,” he said during an interview at his office at Baywest in Montego Bay. “The sustainability and maintenance of the community must be maintained at all costs.”

The maintenance cost of US$1,000 per annum covers water and sewage. Fletcher also has staff of 11 that attend to the needs of the property. There is 24-hour security that costs approximately J$250,000 monthly, he said.

Some of the features at Negril Estate are underground electricity and cabling, while drains are designed under the sidewalks, Fletcher said. He is also of the view that the 12 street lights on the property are sufficient for the 17 houses.

“We have everything at Negril East. The only problem is these people who will not pay their maintenance and will not pay their outstanding water bill, and that is where the matter is, but I have them in court, and I intend to collect all that is owed to me,” said an infuriated Fletcher. He produced several documents that showed unpaid maintenance costs for several homeowners of between J$300,000 and J$1.6 million dating back to 2005.

“At times, we have to borrow money to finance these maintenance at extremely high interest rates, and if they want to communicate with me, I am very much available,” he added.

Fletcher said that his company complied with all the requirements of the local authority and the National Environment and Planning Agency (NEPA).

“I am satisfied that I have done every single thing that is required by law,” he said. “NEPA says we are to install 16 fire hydrants, but we put in 23.”

Fletcher says the property comprises more than 170 lots and was developed at a cost of J$6.2 billion.

Seventy-two lots are already sold, but only 17 buyers, including some leading business personalities in the parish, have constructed homes. This, he claimed, forced him to apply for water from the National Water Commission (NWC) using a bulk water meter to support the homeowners as individual accounts are only established after a certain number of homes are built.

However, the citizens’ association is charging that leaks are the reason behind the multimillion-dollar NWC bill.

“Mr Fletcher connected a bulk water meter on the Negril Estate development in December 2018 instead of honouring the citizens’ request by allowing us to have our meters and water in our own names,” read a letter to The Gleaner.

Water was turned on in January 2019 in Reading Holdings’ name and, by December 4, 2019, was disconnected for non-payment of a water bill for J$12 million. “How can 17 houses use that amount of water in that short period of time?”

The residents claim that they were then charged $6,800 monthly for water from a tank that was on a property manned by the developer.

“Initially, there was no cost to the residents,” the letter claims. “Eventually, he began issuing bills without any discussions with the residents or disclosing how he arrived by this amount. Some persons paid, while some made partial payments as no one understood his method of arriving at this amount.

“God forbid a fire should break out at Negril Estate. What if we are going to insure our homes and the insurance finds out that there is no running water here?”

According to the letter signed by secretary Roxann Lawrence, along with the municipal corporation, the association has sought the intervention of the NWC, the Office of Utilities Regulation, and the Real Estate Board after several letters inviting the developer for talks were not acknowledged.

“We would like to make it very clear that the citizens of Negril Estate are decent, respectable, and law-abiding citizens,” the letter concludes. “We never will in any way try to destroy Mr Patrick Fletcher’s reputation. His reputation is of no significance to us. All we need is to be given what we have invested our hard-earned money for.”