Woman claims she was denied jobs because of lupus 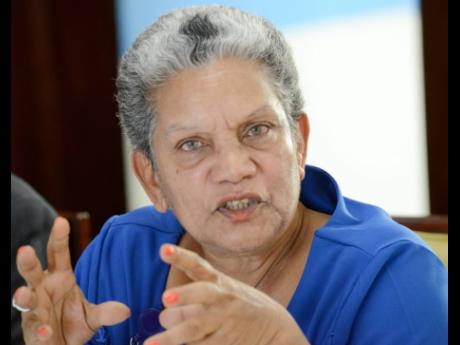 Twenty-seven-year old Rushelle Brown believes discrimination is at the root of her being turned down by two potential employers, as she has the autoimmune disease lupus.

Brown told The Gleaner yesterday that she was diagnosed with the illness in 2014 and managed to hold down a job at a St James-based hotel as a human resources (HR) officer. However, with the COVID-19 economic crunch which dealt an almost immediate severe blow to tourism, her employers were forced to lay her off in March.

“I was laid off for quite a while, and because of that, I started seeking employment elsewhere,” she said. “I have bills to pay and I have to maintain my health.”

Brown said that she was able to finance her medical and daily expenses up to a point, but her funds quickly dried up.

When she sought to land a job outside of the tourism industry as an HR officer, Brown said that she was blatantly told by an interviewer that she would not make the cut as the job required a person who was not ill.

“I put that I have lupus on the application form and, when I went into the interview, the first thing the person said was, ‘You have lupus’. Right there and then, the person declared that I will be a liability to the company because I have an underlying sickness and days may go by where I might can’t come to work. So the best solution is to go with someone that is completely healthy,” she told The Gleaner.

“I was turned down from a second job interview after that, based on my health,” she added, saying she will not give up on her job hunt.

When contacted yesterday, Public Defender Arlene Harrison Henry told The Gleaner that the circumstances appeared “highly discriminatory”, recommending that Brown contact the labour ministry, as it appeared they excluded her based on her health condition.

Keith Smith, acting chairman of the Lupus Foundation of Jamaica, said the autoimmune condition does not prevent persons from leading productive and successful lives.

He added that a number of prominent persons in society have lupus and lead very active lives.

“It is essentially an autoimmune disease, commonly found in girls and women, and presents itself from as early as 15. It doesn’t prevent them from living a normal healthy life. One of the main things is that they manage their diet, but lupus doesn’t prevent persons from working in normal jobs,” he stressed.