‘If it’s not one thing, it’s the other’ - Farmers cry out as rains wreak havoc on drought-stricken farms 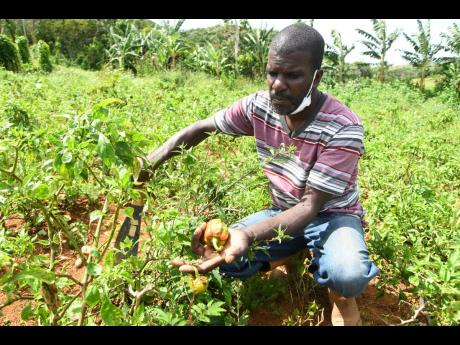 Rudolph Brown/Photographer
Sweet pepper farmer Ansel Peart shows The Gleaner some of the crop destroyed by rains on his Chudleigh, Manchester, farm, a stark contrast from months ago when drought seared produce. 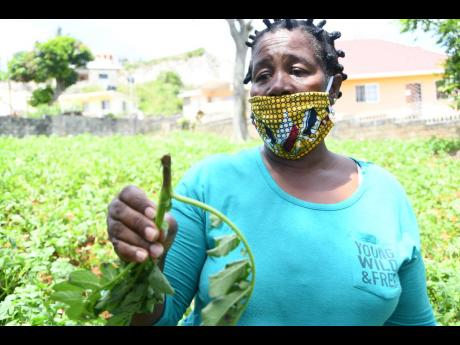 Rudolph Brown/Photographer
Lillian Maitland is also lamenting the losses brought on by heavy, prolonged rains, which has caused her Irish potato crop to be suffering from potato blackleg, a rotting bacterial disease. 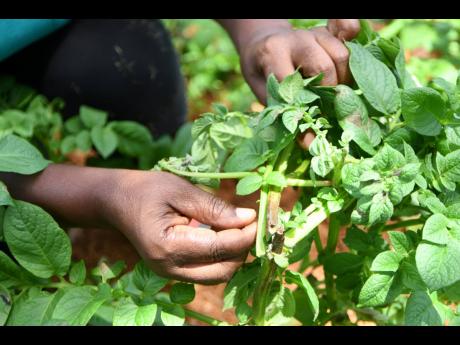 Rudolph Brown/Photographer
left: Lillian Maitland shows the effect of the bacterial disease on her Irish potato crop in Chudleigh, Manchester.
1
2
3

After watching many of their crops wilt and die in a five-month-long drought, some struggling farmers in Chudleigh, Manchester, have been reduced to tears. The long-awaited rains have been so heavy and persistent that the remaining crops on much of the farms are all but devastated, heaping more expenses on the farmers, many of whom had taken out loans to invest in their operations.

Instead of preparing to reap his acre of sweet peppers, Ansel Peart and workers have been picking the crop for the dump.

“Wi get a heavy beating wid di water because it give di pepper a burn side and eventually dem rotten. So di crop haffi put off,” the 51-year-old lamented to The Gleaner.

Peart is yet to get a harvest since the seeds were sown, as, in March, they wilted and died before reaching maturity in the scorching heat during the drought.

“From di heavy rain di other day, pure losses and tears. A really mi one source of income, so it hit me bad,” he bemoaned.

“Di tree dem a spring back now, but a heavy losses. Right ya now, mi gone bout $1 million ya so inna losses – jus di sweet pepper alone. Mi have a next field wid Scotch bonnet and tomato, and a up deh so mi get most a di wash out,” Peart said.

The heavy rains have also washed excess soil on to the sweet pepper farm, blocking up the tiny holes in the $700,000 irrigation system, which Peart purchased with a loan earlier this year .

He explained that he will have to use a compressor to flush the system – an added expense he was not prepared for.

The prolonged hours of wetness have made conditions favourable for rapid development and spread of fungal and bacterial diseases on Lillian Maitland’s Irish potato farm.

Her crop is now suffering from potato blackleg, a common bacterial disease which causes rotting at the stem base.

A farmer for 10 years, it is not the first time Maitland has encountered the disease, but she said that this time it was unexpected and came during a difficult financial period.

“Mi nuh really have that much money fi buy di spray, and the thing about it is that I lost the crop because of COVID and di drought, and now di rain come and it come pouring down,” the distraught 56-year-old said. “If it’s not one thing, it’s the other, but we still have to try and salvage what we can.”

The farmers are pleading for assistance to recover from the fallout.

“It’s very expensive to maintain this farm. Yuh have to plough it for $15,000, pay workers $2,500 per day, and yuh have to do eight spraying with different chemicals. It’s a lot and then to lose it ... ,” Maitland lamented.

“We can’t give up. We really need some help to buy stuff to take care of it.”