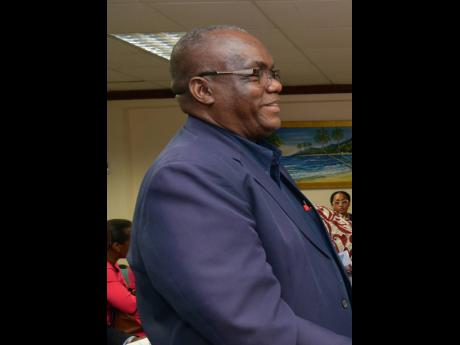 A ‘fix’ is reportedly on the way for almost 300 students of Jamaica College (JC), a local elite all-boys institution, who were left shocked after learning that more than 90 per cent of them failed the July 2020 Caribbean Secondary Education Certificate (CSEC) English language exam.

At Penwood High, a co-ed school also based in the Corporate Area, there was similar devastation after learning that the entire cohort that sat the exam offered by the Caribbean Examinations Council (CXC) failed.

“It was just so unbelievable,” was the standout refrain from an astonished teacher at JC who spoke with The Gleaner on condition of anonymity.

The CXC, which also offers the Caribbean Advanced Proficiency Examination (CAPE), has come in for fierce criticism from schools and students across the region for alleged irregularities in the results.

The regional body has been forced to retreat from its strongman defence of its systems, announcing last week that it was embarking on a full review of the grades released on September 22.

But Gleaner investigations suggest that at Jamaica College, the CXC may not be the only one at fault, as questions are being asked of the school administration’s role in uploading marks that contribute to the final grade.

Wayne Robinson, acting principal, declined to go into details, except to say the issue was being addressed.

“We’re following the procedures and mechanisms that are set out by CXC,” he told The Gleaner on Thursday, likely referring to the formal query process.

Schools had up to last Friday to submit their complaints to the Overseas Examination Commission, the state intermediary that facilitates the CXC exams in Jamaica, based on emails seen by this newspaper.

“The school is clear on what we expect and what is normal. All we’re doing now is going through the processes. We’ve got a fix and we’re working on it now,” said the headmaster of the 231-year-old school.

The Gleaner has obtained data, which Robinson said he would not confirm, suggesting that 94 per cent of the 291 boys who sat the English exam received failing grades.

CSEC students are assessed using a six-point grading scheme, with scores of one to three considered passes.

For the last three years, the school’s average pass rate was more than 90 per cent, Robinson told The Gleaner.

Normally, the exam would consist of two written papers and a practical component (School-Based Assessment SBA), but the coronavirus pandemic forced CXC to use only a multiple-choice paper and the SBA to determine final grades

But under this year’s modified approach, it’s not clear how much weighting CXC placed on the SBAs, which schools were required to submit for each student – a break from the norm where only samples would be requested.

“CXC’s quality assurance process will apply the appropriate weighting to ensure that candidates are treated fairly and in an unbiased manner,” was all the exam body’s CEO Dr Wayne Wesley said in a May 15 statement that did not give the specific breakdowns.

Schools are responsible for uploading SBAs online for access by the CXC. The Gleaner understands that there was a “major bungling” during that process involving Jamaica College.

“I can’t tell you that,” said Robinson when asked to confirm the problem. “We’re working through the fix with CXC.”

Pressed, a CXC official who has seen JC’s results said in one instance, a student’s grades were wrongly applied, while in another, the incorrect totals were being used.

Over at Penwood High, teachers are still searching for an explanation for why all 36 students who sat the exams were awarded failing grades.

“It doesn’t make any sense … one whole school failed a subject?” lamented a student who said he went into the exam with a 90 per cent grade from the SBA.

Donna McLaren, principal of the institution which is based in the St Andrew West Central constituency of Prime Minister Andrew Holness, was in no mood to entertain media queries.

“I have no comment,” she told this reporter even before a question was put to her.

“I don’t want to hear you,” she later said, ending the call midway a response from the reporter.

Acting head of the English department, Ann Marie Malcolm, however, offered some insight into how the school was dealing with the situation.

Malcolm disclosed that her concerns increased upon realising that two students she taught in the evening institute passed the exam.

“I feel somehow that I have let down the students – built up their hope and just let it down. They keep texting me, they keep calling me; Miss, how come, how come?” said the 13-year veteran at Penwood, who said she expected at least 60 per cent of the cohort to pass.

The school’s average CSEC pass rate for English over the last three years is approximately 50 per cent.

The CSEC cohort at Penwood is usually smaller, as most students, based on their progress, are filtered into other exams such as those offered by the United Kingdom-based City and Guilds.

“I know that CXC awards extra marks for originality in terms of choosing your topic and this student did something about space. The guy did such brilliant work. He was the one who called me and said, ‘Miss, I got a grade four.’ I said ‘what?’” Malcolm said.

“This boy is so brilliant. If he gets something wrong, I have to check myself and double-check to make sure that I am right. And this student always comes up shining … and this is how I know that something is wrong.

“I’ve never seen anything like this since I’ve been teaching CSEC,” she said, noting that the school has written to CXC about the issue.

Questions sent last week to the CXC, including to Wesley, and the Jamaican Ministry of Education, have not been answered.

As pressure mounted led by a regional petition, Wesley called a September 25 press briefing where he denied any systematic problems with the results.

However, a week later, CXC Professor Sir Hilary Beckles issued a statement announcing a team to review the grading process.

A report is expected by October 16.