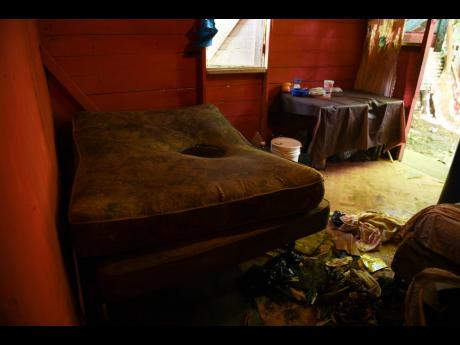 File
The bed where Susan Bogle was shot and killed.

The Independent Commission of Investigations (INDECOM) is sounding the alarm over an increase in the number of civilians killed by members of the security forces between January and September this year when compared to the corresponding period in 2019.

In its latest quarterly report, INDECOM said that 84 Jamaicans were killed by members of the security forces up to the end of September, a 25 per cent increase over the same period in 2019, when 67 were killed. For all of 2019, the police and military shot and killed 86 civilians, reportedly during confrontations.

INDECOM Assistant Commissioner Hamish Campbell said that the data shows that in the last two months, there has been a noticeable spike in the number of fatal shootings involving the Jamaica Constabulary Force (JCF) and the Jamaica Defence Force (JDF).

“We have observed a greater police and JDF engagement, encountering armed criminals brazenly committing armed robberies, and persons being shot in front of them, and gunmen being intercepted,” he said.

Campbell also expressed condolences to relatives and co-workers of members of the security forces who have lost lives at the hands of gunmen.

Turning to the case of Susan Bogle, a disabled woman reportedly shot dead in a police-military operation at her home in August Town, St Andrew, earlier this year, Campbell said that investigators have not been been able to determine whether a member of the security forces or a gunman fired the fatal bullet.

“The injuries to Miss Bogle was indicative of being struck by a high-calibre, high-velocity weapon, but at this time, it is not appropriate to ascribe the injury to Bogle to the security forces. We can’t say if they did or did not. What we do know is that the firearm casings said there were other weapons present,” Campbell said during a press conference yesterday.

“The security forces attended that scene on hearing gunshots and responded to the location. The police and soldiers described a number of gunmen with handguns and long weapons in an area where they were confronted ... . It is not possible to determine whether Miss Bogle was shot prior to the arrival of the security forces,” he added.

Despite this, he pointed out that there was an alarming increase in soldiers’ involvement in fatal shootings.

Between 2017 and 2019, he reported, the JDF was engaged in confrontations that resulted in 12 civilians killed.

“This year alone, they have been involved in 12 fatal shootings,” he said. “That is the outcome of another arm of the security forces patrolling the streets.”

INDECOM Commissioner Hugh Faulkner placed the issue of how the security forces interfaced with mentally ill person on the table.

Up to September, 15 mentally ill persons were reportedly killed or injured by members of the security forces. Six of them were shot and eventually died. He said that the figure accounted for seven per cent of fatalities up to October 2.

One hundred and fifty persons have been either shot and injured or killed by the security forces since the start of the year.

“None of the the 15 mentally ill who were shot had a firearm. However, all were reported to be in possession of a weapon or implement of some sort. Five had knives; four had machetes; and six with other implements, including stones,” Faulkner said. “INDECOM is asking and encouraging the security forces to review their tactical response in dealing with the mentally ill.”