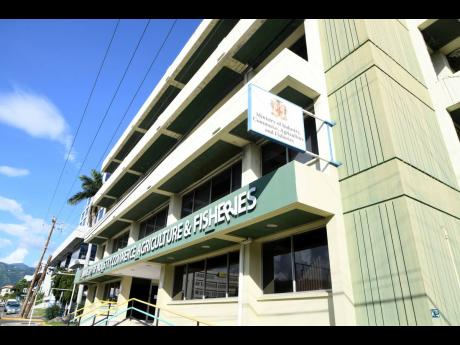 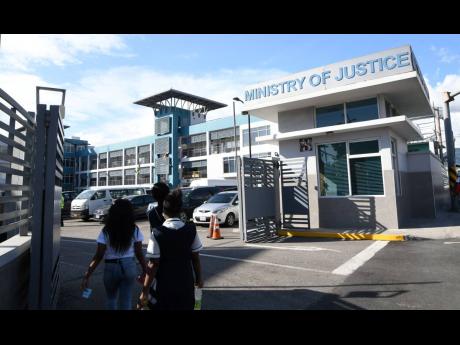 Staff and members of the public could be putting themselves in danger when they enter the main buildings for two government ministries which have failed to meet minimum fire safety standards, The Sunday Gleaner has found.

While the Ministry of Justice has confirmed problems at its offices at 61 Constant Spring Road, St Andrew, technocrats at the Ministry of Industry, Commerce and Investment have refused to answer Sunday Gleaner questions on the state of affairs at its 4 St Lucia Avenue operation, also in St Andrew.

The development should compel the Andrew Holness administration to retable in Parliament, and have passed, a proposed law to modernise Jamaica’s occupational safety and health regime, lobbyists argue.

The Sunday Gleaner has obtained 28 fire safety inspection reports for the period since 2016 on the headquarters of government ministries, through an access to information request to the Jamaica Fire Brigade (JFB).

Some of the buildings have been reinspected with reports to be finalised.

The reports obtained related to the ministries of education, transport and works, agriculture and fisheries, finance and public service, justice, labour and social security, industry and commerce, national security, foreign affairs and foreign trade, and Jamaica House, which is where the Office of the Prime Minister is based.

For each report, “several breaches existed” was a constant reference, with basic safety requirements such as a fire alarm system missing or a smoke detector not connected to the alarm system being noted. In some instances, exit and evacuation plans were non-existent.

The Ministry of Justice’s headquarters at 61 Constant Spring Road and the Ministry of Industry, Commerce and Investment’s 4 St Lucia Avenue offices stood out, however.

The weaknesses were so bad that the Jamaica Fire Brigade gave the administrators six months to correct the problems before applying for a fire certificate, which would demonstrate compliance with basic safety standards.

In a May 27 letter addressed to the commerce ministry’s Colleen Williams, the fire brigade outlined 35 recommendations to be implemented within six months. These included the installation of a “suitable” fire alarm and automatic smoke and heat detector systems, formulation of an emergency evacuation plan, securing loosely hanging electrical wires, and the removal of items stored along emergency exit routes.

A similar stance was taken with the justice ministry in a letter dated May 17, 2019 that referenced an inspection done on March 4, 2019.

The ministry had 25 recommendations to address as it was flagged for not implementing an emergency plan, had a limited fire alarm and automatic smoke detector system, absence of exit signs, missing fire extinguishers, damaged ceiling tiles, among other breaches.

The JFB has confirmed that the buildings remain without fire certificates and that six-month follow-up visits were not done because the recommendations were still being implemented.

Two inspectors, on condition of anonymity, said they would never recommend the closure of government buildings unless the problems were “extreme”, but noted that harsher penalties were needed to drive compliance.

“We have little power to enforce. The fine is paltry,” said one official.

A worker at the justice ministry since 2018 said he does not recall a fire drill taking place in the last 12 months.

On Friday, the ministry said that it was “working to resolve” the safety issues.

“We are advanced in dealing with various areas highlighted and have had ongoing consultations with the owner of the premises to address those matters that fall within his purview.”

Most areas should be addressed by the end of November, with the installation of an additional exit to take a while longer, added the ministry headed by Delroy Chuck.

It’s costing taxpayers just over $10.4 million monthly to cover the renting of the location for the ministry, which moved there in 2016 after health and environmental concerns forced it from its previous home.

The industry ministry, headed by Audley Shaw, is yet to provide a response to The Sunday Gleaner.

O’Neil Grant, president of Jamaica Civil Service Association, said while he was unaware of the specifics at the two ministries, there is an urgent need for occupational safety and health challenges to be addressed across government entities.

“We do recognise that our officers who work in certain buildings and carry out certain functions are not properly equipped and treated with whenever they encounter situations that might put their safety and health at risk,” said Grant, whose union represents more than 30,000 civil servants.

Workers and members of the public “should not be comfortable” entering or working in buildings without fire certificates, argued Helene Davis-Whyte, president of the Jamaica Confederation of Trade Unions.

“Before they moved in, they should have gotten that fire certificate,” she said, referring to the justice ministry. “I’m pretty sure they moved in without it and cut the corners in order to get out of one building to get into another. That’s generally what happens in the public sector.”

She continued: “Government departments are, by and large, not places where workers have the experience of working in good working conditions.”

The unions’ concerns are telling of the continued absence of a modern occupational health and safety standard in Jamaica that will put an end to the reign of the outdated 1943 Factories Act, when most occupations here are service-sector based.

Jamaica is lagging behind Caribbean states such as The Bahamas, Guyana, Suriname and Trinidad and Tobago, which have updated their laws to align with International Labour Organisation and CARICOM recommendations.

An Occupation Safety and Health Act was tabled in Parliament in 2017, but work through a committee ended with the dissolution of the Parliament in August to make way for the general election.

The bill will have to be retabled to restart the process, which has been 25 years in the making.

It is a “disgrace” that it is taking this long, lamented Norbert Campbell, a University of the West Indies lecturer and one of the leading experts on occupational safety and health in Jamaica.

He’s contending that the Government faces a moral dilemma in being regulator, when, as an employer, it has workers performing under questionable conditions.

“The Government will have to get its house in order in a number of workplaces,” argued Campbell, who is also president of the Jamaica Occupational Health and Safety Professionals Association (OHSA).

“What moral authority would those persons (regulators) have to go to the private sector from offices that are unsatisfactory to inspect private sector and to make prosecutions?” he asked.

Questions to Labour and Social Security Minister Karl Samuda on a new timeline for the passage of the OHSA bill have not been answered.