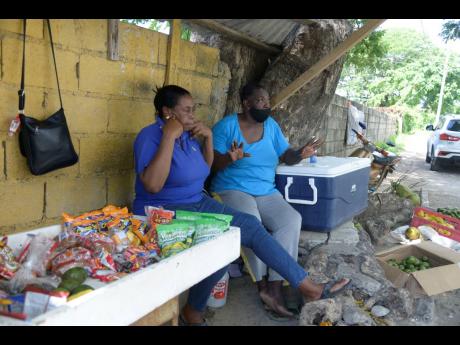 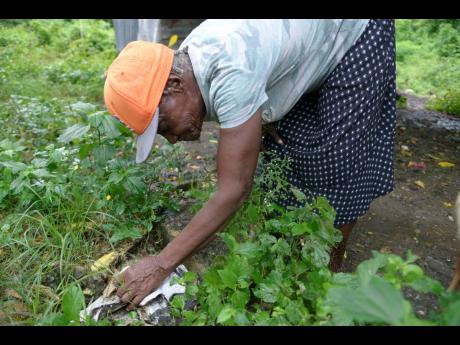 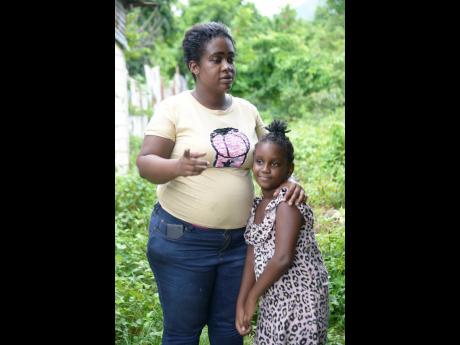 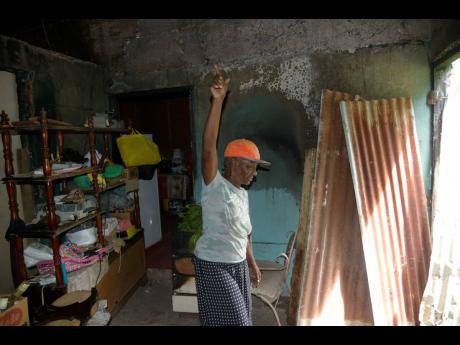 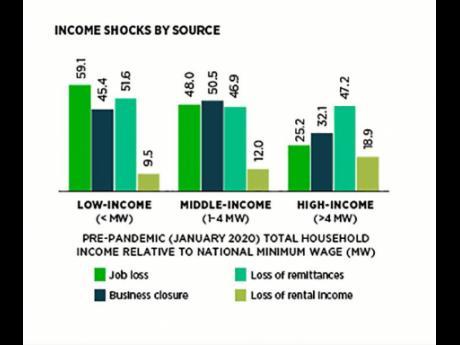 Eight months ago, a dozen vendors blanketed the perimeter fence of the Yallahs Primary School in St Thomas, their colourful stalls feeding both their families and the energetic students behind the chain links. Today, however, Millicent Davis is the only remaining vendor outside the empty school.

The dreaded coronavirus disease 2019 (COVID-19) has decimated the livelihoods of more than half of households like Davis’ that earn less than Jamaica’s minimum wage of $6,200 weekly, a recent study by the Inter-American Development Bank (IDB) has revealed.

Living in one of Jamaica’s poorest parishes, Davis is among a resilient few, determined to beat the COVID-19 impact. While others, like her peer Vie Porteous, have given up after decades of selling at the school gate, Davis has been hanging on, albeit at the mercy of God.

“Me can’t stay at my yard and dead fi hungry! Me a carry out me igloo a goods. When I sell, God bless, but me go a me yard and buy little food. Me can’t stay home,” declared the 60-odd-year-old, bent on risking contracting the virus than await handouts after a nasty stand-off between herself and a government worker distributing food during a coronavirus-imposed quarantine in July.

“It [the experience] hurt me. It hurt me bad! So suppose we as elderly in the house lock down now, we nah guh dead fi hungry?! We nuh must suffer? Well, that is what a reach we now! So me can’t stay home, I have to do something,” she stressed, assuming a new business tactic – relocating her stall from the isolated school gate closer to the main road.

“St Thomas has always been poor and COVID-19 has increased that,” explained Hensley McKenzie, vice-principal at Yallahs Primary School, where mandatory online attendance has been palsied, due to lack of parental resources.

“At our school, for example, we had three janitors, now the education ministry is saying they are only paying one. So two persons are now at home,” said a weary McKenzie, counting fingers.

“Usually, we have four persons working in the canteen, now the ministry said they are only paying two. In the tuck shop, we had two persons working, and now the tuck shop is closed so those two persons are at home. They have children who also have to go to school. So, trust me, the future for St Thomas is looking very bleak at this time.”

Hardship plaguing parents like Cecile Hill, mother of four of Lloyd’s district, is most distressing for the educator. The school is yet to receive promised electronic devices from the Government and many parents can neither afford them nor Internet connectivity, argued McKenzie.

Hill picked up textbooks for her youngsters at the school last Thursday, but admitted that bigger worries over food and clothing are priority after her house was razed by fire last month.

“Everything burn up for us,” whispered Hill, who has been struggling to feed her children after being laid off by the National Solid Waste Management Authority.

Some horror stories were too embarrassing to tell publicly, so Angella*, who struggles to take care of her autistic child in a shaky hut in Mount George, shunned the newspaper cameras. She needs help, however, and said she has all but given up on asking political officials.

The report continued, “COVID-19 has triggered a severe and unprecedented economic crisis in the Caribbean region. The combination of a halt in tourism arrivals, the fall in international oil prices, and widespread roll-out of curfews is having a severe economic impact on the region.”

In a joint statement by the International Labour Organization and the World Health Organization (WHO), among others, last week, food security amid COVID-19 was of priority concern. In the statement, the entities warned that:

“The pandemic has decimated jobs and placed millions of livelihoods at risk. As breadwinners lose jobs, fall ill and die, the food security and nutrition of millions of women and men are under threat, with those in low-income countries, particularly the most marginalised populations, which include small-scale farmers and indigenous people, being hardest hit.”

The international bodies summed up perfectly the situation for chicken farmer Juliet Barrett of Logwood, who said her usually steady business is now unpredictable.

“When it (COVID-19) just started, we had to be selling out the chicken cheap because nobody wanted chicken to buy, but now the baby chicks are scarce so you find that the meat is in more demand. From the COVID-19 started we can’t get the amount of chicks we need,” she said.

“The price for the baby chicks has raised and the feed has raised. We can only put on $20 more to our prices, while $100 has been added to the feeding and $500 more to 100 chickens. So when we are selling to the wholesales and shops, we sell it for like $200 now. It is affecting us the farmers same as how it is affecting people going to the shop.”

Many communities in St Thomas rely on farming to feed families, and mango season is most lucrative for some. Over the summer, however, “nothing don’t gwaan”, offered Derrick Raffington of Lloyd’s, explaining that the COVID-19 lockdown meant less movement and fewer customers.

“Right now, we have to be waiting on the ackee season to come in. Hopefully, that will give us a break for a period of time. You have about four factories that will buy the ackee them,” he said, adding that several transportation services in the parish have been suspended due to the lack of passengers.

Michael Leckie, newly elected president of the Small Business Association of Jamaica, snickered at himself Friday when stressing that small, under-resourced businesses and entrepreneurs in badly hit parishes like St Thomas should move online.

“It may seem impractical but it works. They have to become more flexible, more innovative. Use WhatsApp, so ‘you don’t have to come in, just tell me what you need’. It is thinking outside of the box because we can’t have face to face any more. This is what I’m trying to sell,” said Leckie, who took up the presidency at the end of last month.

“There was a total of $36.8 billion on COVID-19-related non-debt expenditure. When you add increase in interest costs in the Second Supplementary Estimates vis-à-vis the 2020-21 Budget, the total COVID-19 GOJ expenditure impact to date is $43.8 billion,” Clarke said.