UHWI a fire hazard - Ageing hospital not fit to get fire certificate; most public hospitals operating without permit 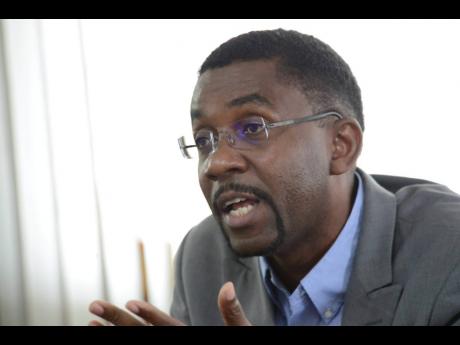 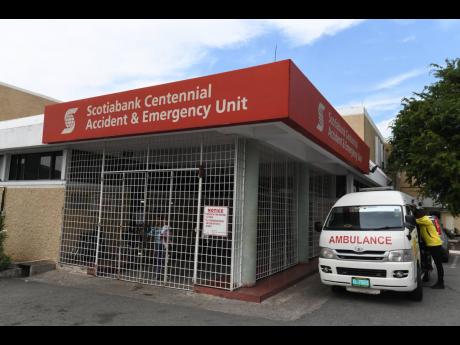 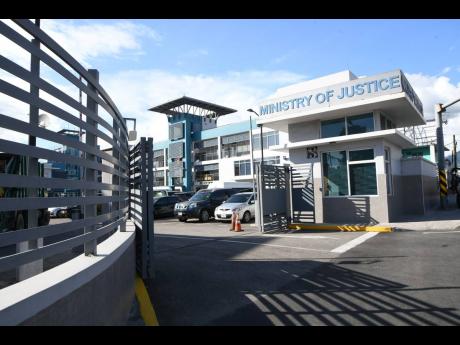 Ministry of Justice is working to fix fire safety breaches 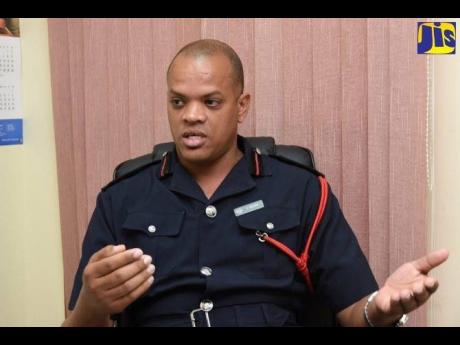 For more than a decade, the University Hospital of the West Indies (UHWI), the Caribbean region’s premier teaching medical institution, has been operating in breach of Jamaica’s fire safety standards.

The revelation comes as the hospital faced an emergency scare last week in its Accident and Emergency Department and as policymakers come under criticisms regarding the delays in modernising country’s occupational safety and health framework.

After The Sunday Gleaner brought its non-compliant status to its attention, the hospital’s management has now vowed to take immediate steps to get a fire certificate from the Jamaica Fire Brigade (JFB).

Most public hospitals in Jamaica do not have fire certificates and that is a “dangerous” situation, a source in the Government told The Sunday Gleaner, which highlights the alarming lack of adherence to fire safety standards in government ministries, departments and agencies.

The glaring breach is only matched by insignificant fines and limited penalties available to the JFB, which has refrained from shuttering institutions in violation of the standards.

In response to questions sent last Monday by this newspaper on compliance by public health institutions, the JFB said Thursday that it needed more time to provide answers.

The concerns at 67-year-old UHWI heightened with last Wednesday’s reported evacuation of 20 people, including 11 patients, from the A&E section of the St Andrew-based institution.

Though confirming that units from the Half-Way Tree and York Park fire stations responded to a call around 6 p.m., Emeleo Ebanks, the JFB’s public relations officer, declined to give more specific details, noting that an investigation was ongoing.

The emergency was triggered by an overheated relay in a transformer that controlled an automatic door in A&E which resulted in a “burning odour”, the UHWI said in a statement to this newspaper.

There was no flame, it added, although smoke was reportedly seen.

The UHWI, which has a bed capacity of more than 600, said there was no injury and the burnt transformer was confined in an area below a cupboard.

“The only damage was to the transformer and it would be at a minimal cost, less than a $1,000. The matter did not cause any delay or affected our operations,” the hospital said.

Almost a year ago, in November 2019, some 18 patients had to be evacuated from a medical ward following an electrical fire, which caused no injury.

The UHWI has been operating without a fire certificate since the “early 2000s” and subsequent inspections up to 2017 revealed a host of problems that are yet to be addressed, information obtained by The Sunday Gleaner has suggested.

The hospital also has an arrangement with a private fire safety provider which also conducts inspections.

Since the JFB said it could not respond to our queries in time for today’s publication, The Sunday Gleaner has no insight of the latest inspection report but it’s understood that issues range from concerns about evacuation plans, suitable exits, labels, and routes, especially for patients with mobility difficulties, among other things.

Kevin Allen, the UHWI’s chief executive officer (CEO), said the absence of the fire certificate at the gold standard teaching hospital in the region is worrying.

“It is a concern and it is a matter that we are working on to get ourselves compliant,” he admitted.

Financial problems and old infrastructure have frustrated efforts to get the hospital up to standard, Allen explained.

“In one of the instances, the Jamaica Fire Brigade came and they did some checks and they gave us several matters to address and some of those matters take a little time to get done,” said the CEO.

The UHWI, which unveiled an ambitious modernisation plan in 2017, has said some nurses, doctors and administrative staff are trained fire wardens and that some were on duty during Wednesday’s latest scare.

NEEDS TO BE RECTIFIED

At least one of the UHWI’s key stakeholders, the Nurses Association of Jamaica (NAJ), said the situation needs to be rectified “as soon as possible”.

“That is something we definitely will be concerned about. Most of our buildings should be certified, which I think is a requirement by the Ministry of Health,” said Patsy Edwards-Henry, the new president of the NAJ.

More than 300 nurses who are members of the NAJ work at the UHWI.

Public Defender, Arlene Harrison Henry, has joined the NAJ, saying the UHWI and other public or private health institutions in breach need to gain compliance, especially given their ‘special category’ as places where “many persons may not be able to get up and leave” during an emergency.

“It needs to be done immediately,” she stressed.

Questioned on the issue at the UHWI, Health and Wellness Minister Dr Christopher Tufton directed queries to the hospital’s administration.

…Government ministries working to get compliant with fire safety protocols

Last week, The Sunday Gleaner revealed, after obtaining 28 fire inspection reports from 2016 to date, that many government ministries were operating in breach of fire safety standards.

The Ministry of Industry, Investment and Commerce, one of two ministries the JFB gave six months to address several issues in 2019, has responded to our queries about its 4 St Lucia Avenue, Kingston, headquarters, saying it has been working “closely” with the landlord, the National Insurance Fund (NIF), to address the issues.

When an automated fire alarm and detection system will be put in place is “uncertain”, the ministry said, “based on discourse with the landlord”.

But the Audley Shaw-run ministry, in a thinly veiled threat to the NIF, said it will be “escalating the matter if traction is not received within a reasonable time”.

The Delroy Chuck-run justice ministry, which is renting a renovated property at 61 Constant Spring Road, St Andrew, for $10.4 million monthly, was also given six months last year to address a range of problems.

“We are advanced in dealing with various areas highlighted and have had ongoing consultations with the owner of the premises to address those matters that fall within his purview,” the ministry said in reference to the breaches, including limited fire alarm and automatic smoke detector system, missing fire extinguishers, and damaged ceiling tiles, among other issues.

The concerns have driven key trade unions – The Jamaica Confederation of Trade Unions and the Jamaica Civil Service Association – to question the Andrew Holness administration’s commitment to enacting a new occupation safety and health legislation to end the reign of the 1943 outdated Factories Act as the main workplace safety law in a society where most jobs are service-based.

LAW TO GO BEFORE PARLIAMENT

Zavia Mayne, the state minister in the Ministry of Labour and Social Security which is leading the legislative reform, said a proposed law will go before Parliament “very early”.

A parliamentary committee heard submissions from the public but the process got derailed with the dissolution of Parliament in August to make way for the general election.

“It is a high priority,” Mayne insisted.

Fire inspectors, who spoke with The Sunday Gleaner on condition of anonymity, accepted that under the law, they are empowered to make visits to buildings without invitation but they argue that it is “useless” to do some visits, especially follow-up ones, because recommendations are routinely ignored and it’s unlikely the commissioner will order the closure of buildings such as major public or private buildings.