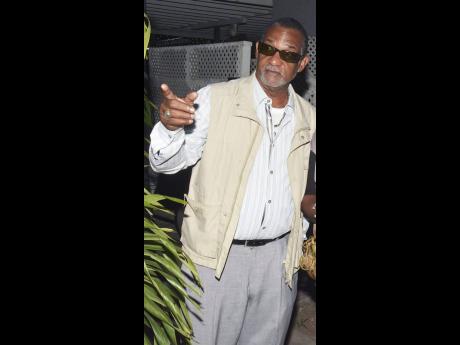 With three events in the past week leaving the Jamaica Defence Force (JDF) with a black eye, there is increasing public concern over the effect the incidents will have on the army’s reputation.

The latest incident, which took the form of a domestic dispute on the weekend, saw a JDF corporal of a Portmore, St Catherine address reportedly physically assaulting his wife after discovering contentious photos and videos in her phone. The soldier also reportedly fired two shots from his private firearm in his wife’s direction, but she was unharmed. The soldier was taken into custody and the weapon seized.

This follows last week’s drug bust involving two JDF corporals, who were caught transporting a large quantity of ganja in an army vehicle in Goshen, St Elizabeth, four hours after pulling out of army headquarters in Kingston. The soldiers were held and two guns, which were not army-issued, seized after a chase and gunfight with cops. A high-level probe is under way to determine whether other soldiers were involved in the illegal drug operation.

Last Friday, a soldier was also reported to have stabbed another during a confrontation at the JDF’s Up Park Camp headquarters in Kingston.

Security expert Robert Finzi-Smith told The Gleaner that he was astonished by the sequence of events, describing it as unfortunate.

“I am absolutely speechless. The JDF is supposed to be the last bastion of discipline and decency in the country,” said the former army man. “It is highly unfortunate that these incidents are happening, especially in the short time frame that they all seem to be happening.”

Anthony Clayton, professor in sustainable development at The University of the West Indies, Mona, said that with thousand of soldiers in the army, it was not surprising that such incidents would occasionally arise. However, he said it was particularly concerning that soldiers appeared to be colluding with the criminal underworld to traffick illegal drugs.

According to Clayton, the incidents are not necessarily a reflection of a breakdown of values or training within the military.

“The army does a pretty amazing job in terms of training and discipline. The training has actually been upgraded and improved, but it is inevitable that from time to time, you will have things like this. Nothing in this life is 100 per cent,” he told The Gleaner. “A guy having an argument with his wife can happen anywhere, any time.

“The drug bust is much more serious. I understand that a number of soldiers were involved ... . There is no way back for them. This is a criminal operation within the army and the army will be absolutely unforgiving about things like this, especially that the two of them got into a firefight with the police. Unbelievable! That is against all the discipline and training.”