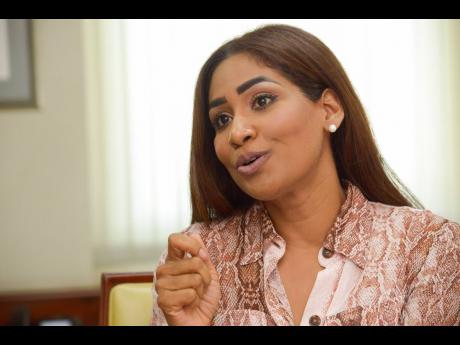 Hanna, backed by a number of women in the PNP, including Imani Duncan Price, Denise Daley, and Donna Scott Mottley, marched to the party’s 89 Old Hope Road headquarters in St Andrew for the occasion.

The process of nomination was completed in a short time, with cheers from the small group of 12 allowed to witness the moment and also sign the nomination form.

“Every single Jamaican, they need to know that I will not let them down,” the St Ann South Eastern member of Parliament said as she threw her hat into the ring.

In outlining her plans to reunite the fractured PNP, Hanna suggested that she would reposition specific protocols for the treatment of differences or disagreements to not cause damage to the party.

She has also suggested having a disciplinary committee “for those who disregard our rules or act in a manner to damage the PNP brand”.

Hanna also outlined plans to change how the party operates, saying that the general secretary would not be an elected parliamentarian, so that person can “focus on the full-time day-to-day operations of the party and physical monitoring of constituency organisation”.

Hanna said that as president, she would retool and modernise the PNP secretariat, adding computer programmers and information technology experts with capabilities in data management and analysis and who would be able to detect and counter cybersabotage and other cybercrimes.

She said the secretariat would place emphasis on enumeration and the monitoring of voters’ lists and constituency management.

Hanna has also put on the table term limits for presidents and vice-presidents of the PNP.