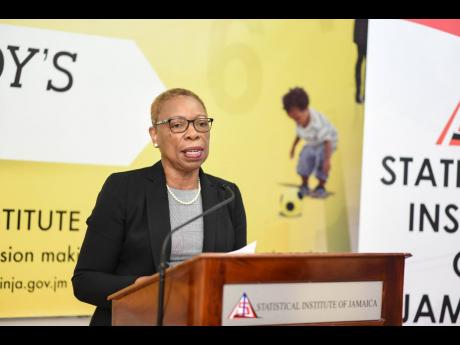 Jamaica’s employed labour force suffered a six per cent decline at the end of July in comparison with July 2019, according to the latest data from the Statistical Institute of Jamaica (STATIN) Labour Force Survey (LFS).

At as July 2020, there were nearly 1.3 million (1,279,600) persons in the labour force, a negative result from the impact of the coronavirus pandemic on the country’s workforce. it represents a decline of 81,200 over the period, with some 806,600 persons classified as being outside the labour force.

The LFS measures the number of persons employed, unemployed, and those outside the labour force as at the reference week, STATIN said, adding that the survey does not measure the number of jobs created.

The statistics showed that the male labour force declined by 4.3 per cent, with females recording a 7.3 per cent decrease.

The employed labour force refers to persons engaged in economic activities for at least one hour during the reference week.

STATIN Director General Carol Coy said that males accounted for 53.8 per cent of the overall decline.

“A further 10.5 per cent fewer males were employed, while the employment of females went down by 11.2 per cent,” Coy said.

She said that a detailed look at the employed labour force by occupation shows that the ‘Service Workers’ and ‘Shops and Market Sales Workers’ were the categories with the largest decline over the period, 18.1 per cent.

The second-largest decrease, according to the survey, was in the occupation group ‘Elementary Occupations’, which fell by 39,000 persons.

Further, STATIN indicated that the number of unemployed Jamaicans at the end of July increased to 161,300, an uptick of 51.2 per cent over the corresponding period of July 2019.

STATIN did not undertake an April Labour Force Survey at that time because it was the start of the COVID-19 outbreak on the island.

Instead, it undertook a July 2020 Labour Force Survey and also added a module looking at the impact of COVID-19 on the labour force on the population.

The COVID-19 module findings show that non-farm family business, followed by fishing, farming and livestock were the second most popular forms of income, behind wage employment.

Other key findings from the module were that approximately 57 per cent of households indicated they had experienced some reduction in their income between March and September 2020, during the time when the Government imposed greater restrictions on movement to limit the spread of COVID-19.

Leesha Delatie-Budair, STATIN’s deputy director general, said the reductions were most prevalent in tourist areas of the country, where about 63 per cent of households indicated they have had reductions in income.

The lowest proportion of income reduction was recorded in the greater Kingston metropolitan area, where only 49 per cent reported experiencing some reduction in their income.