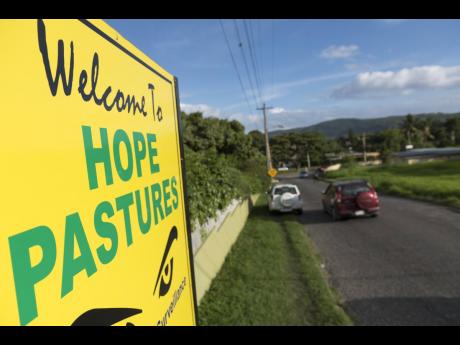 The long-running case between the Hope Pastures residents in St Andrew and the Jamaica Public Service (JPS) is headed for trial.

The Court of Appeal yesterday said the JPS was under a statutory obligation to supply electricity by underground cables to the premises of the residents of Hope Pastures once it is safe to do so.

However in May 2018, Sykes dismissed the suit saying that Parliament, in approving the Hope Pastures Housing Scheme, made it clear that those residents who wanted their electricity supplied through an underground system would have to pay for it.

However, in a 72-page unanimous judgment, the Court of Appeal justices stated that the provision of underground electricity for the Hope Pastures community is, therefore, a provision of the scheme enacted into the Housing Law.

“It is clear also that JPS demonstrated by subsequent activity that it accepted and has acted in line with the obligation it assumed. This is evidenced by the letter dated 23 February 1970 from JPS to its customers in Hope Pastures, where reference is made to the fact that Hope Pastures is supplied electricity by means of an underground system,” the judgment stated in part.

Further, the Court of Appeal noted that JPS would have been in breach of the law in carrying out a pilot project in 2014 at certain locations in the community relating to the conversion from an underground to an overhead electrical system.

“Since JPS would have been under a statutory obligation to install an underground system to the Hope Pastures community for the supply of electricity, it would be unable to legally establish overhead connections in the manner they have attempted to do,” the judgment stated.