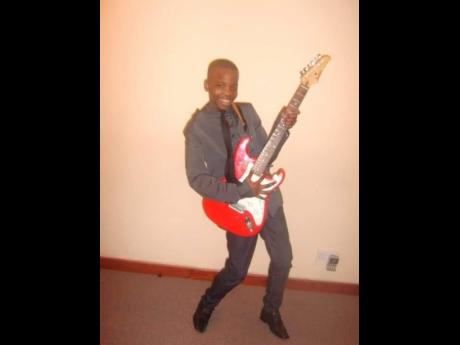 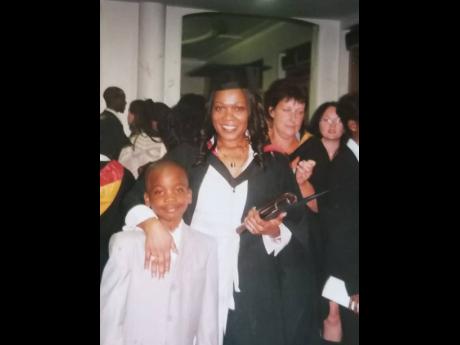 Joan Martin and her son Osime Brown in October 2006 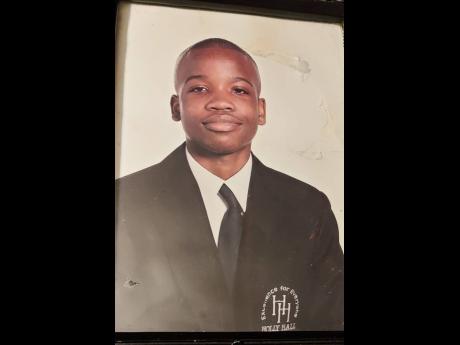 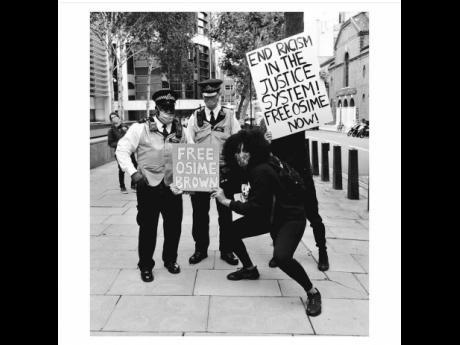 Protesters in the UK fighting the deportation of Osime Brown, who is autistic
1
2
3
4

It was the afternoon of Friday, October 17, 2014 when Joan Martin was at home in the United Kingdom (UK) with a church sister and her phone rang.

On the phone was an administrator at the school where her then 16-year-old son Osime Brown was enrolled. Life for the Jamaican immigrant was about to begin a downward spiral.

“The school rang to say that Osime refused to come home,” recounted Martin, the granddaughter of Jamaicans who were part of the Windrush Generation.

The reason she was given was that the teenager had complained that she was “too strict”.

But according to Martin, documents now in her possession suggest that the school should have been aware of a “strongly worded” evaluation that raised the possibility that Osime was autistic.

The assessment was done because Osime’s behaviour was seen as defiant and disruptive, she said.

The autism was confirmed in 2017 by doctors at Bushey Fields Hospital, a mental health facility located in West Midlands, according to Martin.

“So I said ‘what! What are you talking about? Can you just send my child home and don’t tell me he refused to come home’,” she recalled of the conversation with the school administrator.

But she said the school alerted the local social service authority who, later that day, dispatched a two-man team to her home accompanied by Osime.

Amid tears and an emotional breakdown, Martin’s last child was removed from her home and placed into the custody of the Local Authority Care.

“Every tick of the clock on the wall I heard it,” Martin recalled of the agonising wait through the weekend to know where he was being held.

Her recollection of the day her son was removed from her care by British authorities comes as the now 22-year-old Jamaican man finds himself at the centre of international deportation saga.

Osime was transferred throughout the child care system 28 times, Martin disclosed, during which he had his first-ever brush with the law. He was arrested in 2016, along with four other boys, for stealing a cell phone.

The arrest reminded her of the last words she uttered to one of the social workers on the day Osime was removed from her care.

“I said to him he is a black child and he’s running around with these white boys and anything happens it will be amplified and he will get the blame for it,” she told The Sunday Gleaner from her home in Dudley.

“And is the same thing happen in the long run that I was warning about.”

The Home Office in the UK confirmed, through the British High Commission in Jamaica, that Osime was convicted of robbery, attempted robbery and perverting the course of justice in the Wolverhampton Crown Court on July 30, 2018.

He was convicted under Britain’s controversial Joint Enterprise law, which critics say disproportionately targets blacks and other minority youths.

Legal experts in the UK argue that the legislation, which was aimed at curbing gang affiliation among young people, lowers the burden of proof for prosecutors and allows bit-part players and non-participants in a crime to be convicted on the basis that they were “all in it together”.

Martin, who migrated to the UK in 2001, one year before Osime, said her son remains adamant “until this blessed day” that he was not involved in the crime for which he was convicted.

She acknowledged that Osime was in the company of eight other boys at the Merry Hill Shopping Centre at the time of the robbery. He was one of two black kids in the group, she said.

Osime was arrested, along with the other black boy and a white kid, according to Martin’s account. “They did not take a single statement from anyone of the others,” she said.

She said a friend of the male victim who was with Osime at the time of the robbery gave evidence in court that she alerted him to “a little scuffle” and testified that he tried to break it up by shouting “stop it”.

The perverting the course of justice charge, according to the mom, was based on a Facebook message he posted in which he urged the victim to “stop lying” about his involvement in the robbery.

At the end of the trial, Osime was the only one given a custodial sentence. The others were sentenced to community service, she said.

“We believe this was a miscarriage of justice and solicitors and barristers are working to bring an appeal [against the conviction],” Martin said.

“Up until the age of 16 my child has never had a criminal record. It’s when they inveigle him, ‘oh, you are sixteen and you are competent’,” she added, taking a shot at the British child care system for removing him from her care.

Four days after the conviction, Osime was ordered to serve a total of five years in prison. He was released to his mother on October 7 this year, but now faces deportation to the country from which he migrated as a four-year-old.

Under the UK Borders Act 2007, a deportation order must be made in the case of a foreign national who is sentenced to a period of 12 months or more.

According to Sunday Gleaner sources, another batch of Jamaicans is scheduled to be deported from the UK some time next month.

But Martin, who is from the northeastern parish of St Mary, is urging the Andrew Holness administration to refuse any attempt by the UK to return her son.

“It’s not a Jamaica problem. It’s Britain’s problem. This is what I want to say to Mr Andrew Holness, if it comes to deportation, he should block it,” she said.

FAILED BY THE SYSTEM

Osime’s case has drawn the attention of the British media, human rights groups in the UK and the United States, as well as over 30 members of parliament in the UK and Wales. Already, over 130,000 individuals and entities have signed a petition urging the British Government to stop the planned deportation.

“We only ever return those who we and, where applicable, the courts are satisfied do not need our protection and have no legal basis to remain in the UK,” said the Home Office in an email to The Sunday Gleaner.

“It would be inappropriate to comment further while legal proceedings are ongoing.”

An appeal against Osime’s pending deportation was dismissed last November while he was still in custody, Martin disclosed.

However, she said based on new evidence that he developed a heart condition while incarcerated, a second appeal was filed and they are now awaiting a decision.

But Martin has vowed to fight what she describes as the “systemic racism” that is responsible for her family’s ordeal.

“It should not have happened. He was failed by the same state that wants to deport him,” she stressed.

As an example, she charged that child care authorities did not follow the law when they removed Osime from her care.

“They should have found out the details and make sure that it is lawful, but they did not do that because it’s a Jamaican mother, so they took advantage of my parenthood,” she asserted.

“They said I am too strict, because you know Jamaicans. I don’t beat him, nothing like that, but I place rules on my child.”