New NIDS benefits ‘overwhelming’ - Too many citizens out of the loop, says CAPRI 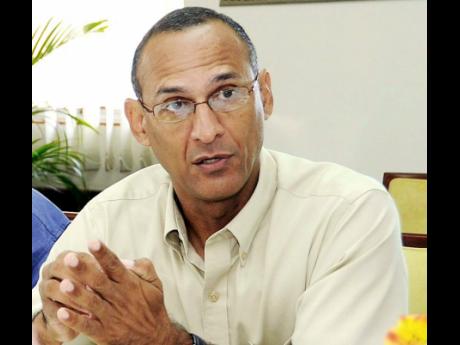 Nineteen months after a landmark court ruling doomed the Holness administration’s showpiece universal identity system, mounting research presents a compelling case that too many Jamaicans are untracked and underserved, a local think tank has said.

“The Supreme Court didn’t object to it being compulsory, per se. What the Supreme Court said is that if it is compulsory and therefore impinging on the rights of individuals, a case has to be made that such an impingement is overwhelmingly to their benefit,” King told The Gleaner on Tuesday.

The CAPRI report, supported by the Inter-American Development Bank (IDB), found that an estimated 200,000 Jamaicans, or nearly one in 10 Jamaicans above 18 years old, do not have proof of legal identity, and that 25 per cent of the adult population have a valid driver’s licence. The report further unearthed that 43 per cent of the population have a valid electoral ID and 56 per cent, valid passports.

Lead researcher for the study, Monique Graham, disclosed that on average annually, from 2014 to 2018, state agencies recovered a trove of fraudulent documents, including 101 birth certificates, 29 Tax Registration Numbers, and 231 passports.

“This National Identification System will identify and authenticate citizens and residents in a reliable and secure way,” Graham said at Tuesday’s virtual launch.

King’s defence of a national identity framework was backed by Therese Turner-Jones, regional head of the IDB in charge of Latin America and the Caribbean.

“We have taken the Supreme Court decision and the NIDS case as an opportunity and we believe that the new NIDS that will emerge after that decision will be a much stronger one. Case in point, the decision gave impetus for the approval of the Data Protection Act, which I think everybody in this country appreciates,” said Turner-Jones.

NIDS and the build-out of allied platforms was funded by a US$68-million IDB loan.

Executive director of rights lobby Jamaicans for Justice, Rodje Malcolm, believes, however, that while NIDS was beneficial, concerns lingered on issues such as social exclusion for non-participation, data protection, and privacy.

“The risks are quite high for social exclusion, but the risks are also quite high for those who are concerned about centralised tracking, profiling of persons based on their life patterns and their habits, and the general aggregation of data on a population based on their life patterns and habit in a way that is unnecessary for the service that they are seeking,” he said.

Despite the Government’s push for a national identity platform, several developed countries such as the United States and the United Kingdom are yet to implement such systems.

NIDS was found to be in violation of the Constitution by the Supreme Court and struck down as null and void in April 2019.

A panel of judges found that the mandatory requirement of NIDS, including the submission of biometric information, violated the constitutional right to privacy.

Prime Minister Andrew Holness said on September 29 that his administration aimed to have a revised NIDS become law by year end. He noted that the new policy would have substantial changes, including voluntary enrolment and the use of minimum biometric information.