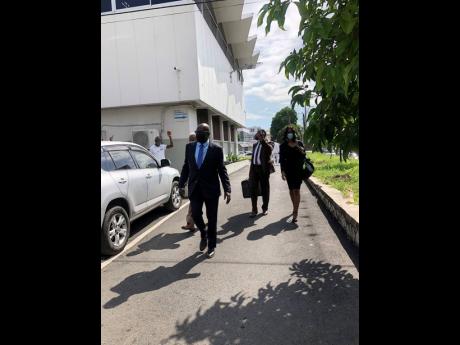 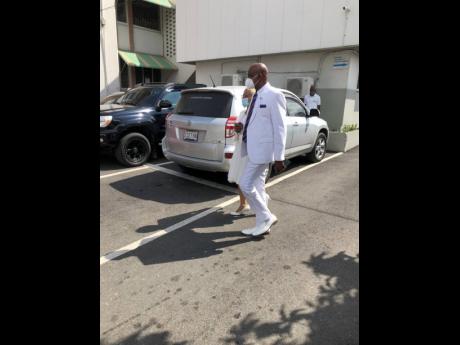 Chief parish judge Chester Crooks signalled yesterday to the prosecution and defence in the corruption case against former education minister Ruel Reid, Caribbean Maritime University (CMU) president Fritz Pinnock and their co-accused that he could make a ruling in relation to the no-case submission when the accused return to court on December 11.

Crooks said yesterday that he would be reviewing the submissions made to date with a view to handing down a ruling at the next court sitting.

Reid, his wife Sharen, their daughter Sharelle, Pinnock and Brown’s Town Division Councillor Kim Brown Lawrence had their bail extended yesterday when they appeared before the Corporate Area Parish Court.

The five accused were charged in connection with a major fraud and corruption probe by the Financial Investigations Division (FID) involving transactions at the CMU.

Yesterday, Hugh Wildman, attorney representing the accused, maintained that officers from the FID had no authority in law to arrest or bring charges against the accused.

The officer in question is Inspector Brenton Williams, who has since been promoted from a special constable.

“Judge, I challenge them when they come to respond, to point out to you under this FID Act where any authorised officer is permitted to arrest and charge anybody,” Wildman said.

He said that the submission of the prosecution was flat on its face.

In closing, Wildman declared, “Their case has crumbled, crumble like the walls of Jericho …”.

The prosecution countered by stating they stand by all submissions.

“The charging of the various offences was done by a constable of the Jamaica Constabulary Force. There is no information in the name of the FID … police officers retain their powers of constable, even after they have been designated authorised officers under the FID,” said Richard Small for the prosecution.

Small told the court that the authorised person is still under the direction of the commissioner of police.

He said, “If you examine the portion of the affidavit of Inspector Brenton Williams, it makes it abundantly clear that he remains as part of the police force and indeed he has been promoted in the police force while he was a designated assigned authorised officer.”

The prosecution is to continue its critique of the no-case submissions.