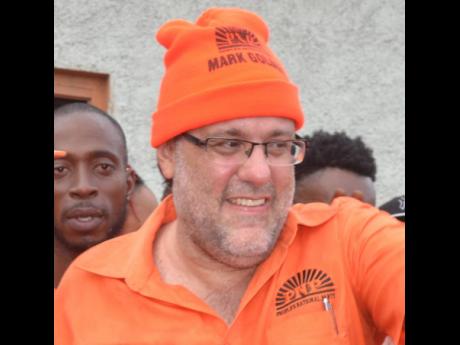 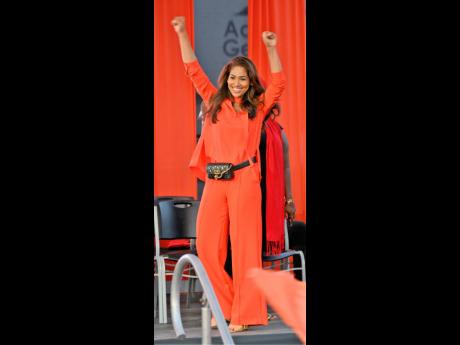 The poll, which includes respondents in 11 parishes and three major towns – Portmore, Mandeville, Spanish Town – and rural St Catherine, showed Hanna with a favourability rating of 46 per cent compared to Golding’s 36 per cent, with 17 per cent not sure who is the better candidate.

Hanna’s campaign spokeswoman, Natalie Neita, said that her team was not surprised by the Blue Dot outcomes.

“The finding is a clear reflection of what we are experiencing on the ground with the delegates. There is a lot of excitement for Lisa. They believe solidly at this time that they will be getting a leader for all people and who is going to be able to take us to victory in the next general elections,” Neita told The Gleaner on Sunday.

“She is doing exceptionally well as to how she would stand up against the JLP and how young people perceive her.”

The poll should be a confidence booster for the Hanna camp after Golding revealed a Don Anderson poll showing that he was closing the gap fast. While the rivals’ polling focus centres around a national audience of 1.9 million voters, it is approximately 3,400 delegates that will determine the verdict of Saturday’s internal election.

Hanna and Golding are vying to replace PNP President Dr Peter Phillips after the party was walloped in the September 3 polls at the hands of Holness, who leads the Jamaica Labour Party.

Hanna was a household name in Jamaica since she took the national and international beauty crowns 27 years ago.

“She can only grow from where she is now, and the fine-tuning that is done now will be done over the next few years,” Neita said.

Hanna, the St Ann South East member of parliament, and Golding, who represents St Andrew South, are separated by a hair’s breadth according to Don Anderson’s Market Research Services Limited.

Hanna is the favourite for 46.2 per cent of respondents, who were asked to select the person they preferred to lead the main opposition party at this time.

Golding was a percentage point shy.

Anderson’s team went into the field on October 24 while Bluedot was on the ground two days later. The BlueDot poll has a margin of error of plus or minus five per cent, while Anderson’s is plus or minus three per cent.

BlueDot shows Hanna heavily favoured, 73 per cent to Golding’s 17 per cent, as the person best able to attract youth voters, a key demographic lost by the PNP over several elections.

Hanna was seen as the candidate who best appealed to the Jamaican electorate with 52 per cent to Golding’s 34 per cent. Thirteen per cent are unsure.

A total of 1,078 people participated, with 66 not completing the survey.