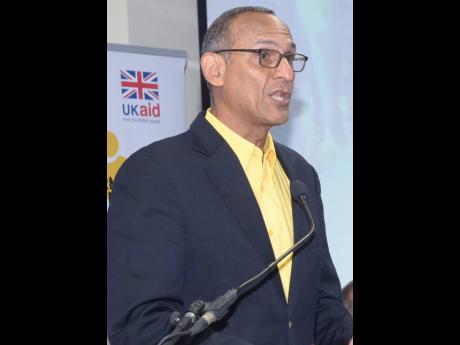 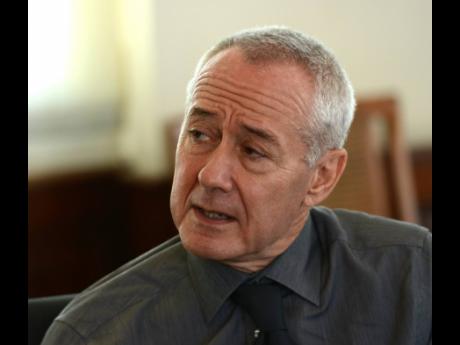 The COVID-19 pandemic has wiped out a significant portion of the jobs created under the country’s recent International Monetary Fund (IMF) programmes, threatening a devastating recession as businesses shutter their doors islandwide. Still, economists maintain that all would not be lost if Jamaicans quickly adapt to living with the disease.

Dr Damien King, executive director of the Caribbean Policy Research Institute (CAPRI), said researchers are assessing the economic impact of the virus in seven COVID-19 probes being conducted across the island by the institute.

Anecdotally, however, King described the economic impact as severe and – like that revealed in an online survey by software developers Nulab earlier this year – disproportionally impacting the most vulnerable on the island, chiefly those unemployed or working in small enterprises.

“The Statistical Institute of Jamaica (STATIN) figures show that the unemployment rate went up by five per cent in the six months of COVID-19. [Some] 120,000 jobs have been lost. That is equal to all the job gains that have been made over the two IMF programmes. So as far as employment is concerned, all the benefits of the two IMF programmes have been wiped out in six months,” said King.

“As sensational as that sounds, it doesn’t mean that there was no point in the IMF programme. The improvements in the economic climate and framework remain in place for employment to come back once we get accustomed to managing and dealing with COVID-19,” he added, explaining that the recovery will take some time.

According to the research findings released by STATIN last month, 57 per cent of Jamaican households saw a reduction in income between the onset of the coronavirus in March and September. The decline was also most prevalent in the ‘other urban centres’ – inclusive of areas generally populated by tourists. More than 63 per cent of households in those areas reported income reduction.

Of the majority of those who lost their income, according to the study, roughly 40,000 households have sought government aid. Another 27,000 households resorted to taking a loan from a friend, neighbour or family member, while 14,000 households started farming, keeping animals and activities such as fishing to produce food for the family.

This follows predictions by the United Nations in March that pointed to a US$2-trillion decline in global income, with a US$220-billion hit to developing countries. The latter states are poised to suffer deep recession and the devastation of entire industries, namely restaurants, hotels and airlines, the UN noted.

King agreed: “The impact of COVID has been uneven along the socio-economic ladder. Those who are already in the most vulnerable position with the lowest and most insecure income are the ones who are being impacted most greatly by the pandemic, and by the measures implemented to deal with the pandemic. This is the real issue!

“Our preliminary research reveals that despite that, the Government has made a rapid and Herculean effort to try to get emergency cash into the hands of the most vulnerable. But it was actually only able to reach at best only 10 per cent of them.”

At the end of March, Professor Anthony Clayton of the Institute of Sustainable Development at the UWI, warned that the COVID-19 crisis could have devastating long-term implications on the economy and act as a fillip to Jamaica’s long-standing crime problem.

So far, the economy has plummeted, and while serious crimes have been on a decline, sleuths have pointed to a string of robberies, particularly of churches, that have blotted their radars.

“The IMF estimated in May that Jamaica’s economy would contract by five per cent; however, by September/October the economy had actually shrunk by over 18 per cent compared to the corresponding quarter in the previous year. So the impact has been far worse than originally estimated,” explained Clayton on Friday, pinpointing restrictions on travel, social distancing and their impact on the tourism and entertainment sectors.

“Much depends on our progress in the fight against the COVID-19 virus. It is likely that a vaccine will be available next year, but it will take a long time to vaccinate enough people to effectively contain the spread of the virus. There are also ‘anti-vaxxers’, who will form a reservoir of disease within the population. If we can overcome these difficulties, we will probably see a modest level of resumed growth next year. But it will take some time to recover from the losses inflicted by the pandemic.”

The economic crisis facing the country and the looming recession have jolted the Government into action, as Finance Minister Nigel Clarke said leaders are doing all they can to cushion the COVID-19 blow to Jamaicans.

“In economic terms, the COVID crisis will certainly have adverse economic implications for the world and for Jamaica. The good news, however, is that the Government of Jamaica is providing a $25-billion stimulus, the largest fiscal stimulus in Jamaica’s history. That could not come at a better time,” Clarke told the nation recently.

“Pumping $25 billion into the economy at a time of uncertainty like this helps to support economic activity in Jamaica. This is always desirable when the global environment weakens.”

The Finance Minister added, “In this time of need for the country, it is also important that Jamaicans support our domestic economy by buying Jamaican. This would enhance the effect of these measures even further by supporting domestic production and domestic economic activity. This is a time that Jamaicans are coming together to help each other, a time of shared sacrifice for the benefit of all.”