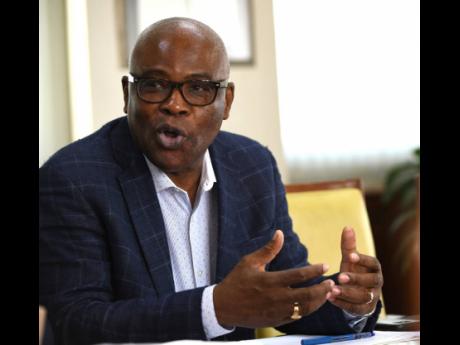 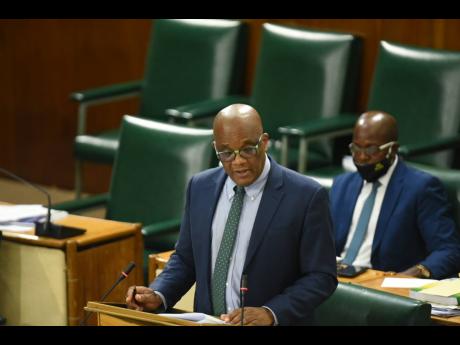 The Holness administration has overturned a decision by a state watchdog not to allow mining and quarrying at the Dry Harbour Mountain in Discovery Bay, St Ann, despite compelling arguments in an environmental impact assessment (EIA) of irreparable damage.

The July 23 decision was inked by then Minister without Portfolio Leslie Campbell, working out of the Office of the Prime Minister, in favour of Bengal Development Limited/Jamaica World LLC, which was denied an environmental permit on May 8.

Bengal is reportedly owned by a New York group, with banker Kashief Sweet named as a managing partner.

The move has been met with strong objection from residents in the area, which borders the parishes of St Ann and Trelawny, with some expressing outrage that one of the few remaining undisturbed habitats of the endemic Jamaica boa could be destroyed by mining.

The permit authorises Bengal Development Limited to mine and quarry bauxite, peat, sand, minerals – including aggregate, construction and industrial materials, and metallic and non-metallic ores.

However, before work can commence, Bengal must pay an environmental performance bond of J$40 million to the authorities. The bond may be applied to mitigate environmental damage and restore any natural resources impacted by the development, chief executive officer of the National Environment and Planning Agency (NEPA), Peter Knight, confirmed to The Gleaner on Sunday.

Bengal was previously refused a permit by NEPA based on the potentially deleterious impact the project would have on the area, including the eradication of dry limestone forest and the biodiverse limestone bluff situated on the Queen’s Highway between Rio Bueno and Discovery Bay.

The residents argued that the area should be designated a private forest reserve under the Forest Act, 1996.

They also hold landscape damage, traffic noise, dust, cave deterioration, and loss of land to be major unmitigated consequences of the establishment of the quarry.

“The volume of carbon dioxide emitted by the trucks carrying the stone is almost incalculable. Scientists have already pinpointed the city of Kingston, Jamaica, as one of the first cities to reach the climatological ‘tipping point’ in 2023, only four years from now,” the stakeholders stated.

The project falls within an area classified as ‘Undeveloped Coast’ under the St Ann Parish Development Control Order - designation prohibiting development that results in significant alteration to topography or vegetation. That was one of several factors cited in an EIA but could be ignored with this latest development.

“The proposed quarry clearly would significantly alter topography through blasting and openpit mining. Hence, NEPA should deny request based on this inconsistency,” Dr Kathie Krumm, who operates a villa in area noted in August 2019 when the entire community launched a campaign against the project, writing letters to the media, the Office of the Prime Minister, and other agencies.

Their advocacy was rewarded with the refusal by NEPA to grant a permit. However, Bengal Development Limited appealed the decision on May 21, two weeks after the refusal, and has been successful.

Bengal was represented by attorney-at-law Abraham Dabdoub, who had technical support in the subject area.

NEPA also presented its argument at the appeal, stated Knight, but explained that the law allows the minister to make several decisions, including upholding the appeal.

Knight said he is confident that a monitoring mechanism will ensure compliance.

But Wendy Ann Lee, former executive director of the Northern Jamaica Conservation Association and a resident, tagged the minister’s decision a miscarriage of justice.

“I cannot understand any rationale for overturning the original decision.We were never notified of the appeal. The stakeholders have a right to be notified,” she stated, adding that the area was not a quarry zone.

Queries were made of Permanent Secretary Audrey Sewell, seeking clarity on the basis of the reversal, but calls to her mobile phone were unanswered.

Lee is questioning the extenuating circumstances that caused the decision to be overturned.

“It sends a wrong message to the people. What is it about that application that allows the minister himself to make a decision contrary to the mining laws? What could have possibly caused a contravention of the Mines and Quarries Act? In contravention of the St. Ann Development Order of 2000?”