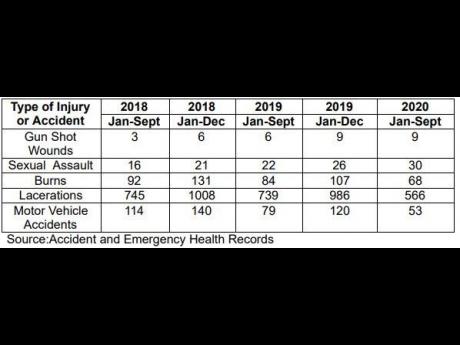 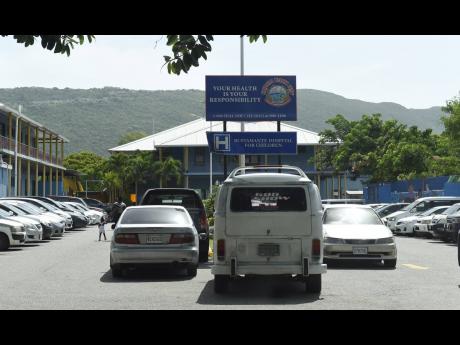 While the Bustamante Hospital for Children has seen a significant decline in patients with accident-related injuries, lacerations and burns since mid-March, when schools were closed amid the COVID-19 pandemic, it has seen an increase in assumed sexual assault cases and gunshot victims.

Earlier this year, United Nations human-rights experts warned that children would become more vulnerable to abuse and violence during COVID-19 lockdowns and other containment measures.

Statistics from the South East Regional Health Authority (SERHA) show that nine children were treated for gunshot wounds at the St Andrew-based paediatric hospital up to September, a 50 per cent increase from the six cases for the corresponding period last year. Nine cases were registered for the entire 2019.

Between January and September this year, 30 children were taken to the medical facility for cases of assumed sexual assault, eight more than recorded for the corresponding period in 2019 and four more than the total for that year.

Injuries from motor vehicle accidents have seen a dramatic decline, from 79 between January and September 2019 to 53 for the first nine months of this year. Similarly, lacerations fell from 739 cases to 566 this year, and burns from 84 to 68.

SERHA told The Gleaner that the increase in assumed sexual assault and gunshot injuries have not severely affected the capacity of the hospital and its operations.

“The impact has not been very significant to the medical wards, but there has been an increase in admissions to the surgical wards following injuries at home due to lack of supervision,” the body with oversight for the hospital said.

Those cases, it said, had been further referred to the Social Work Department for intervention.

Meanwhile, despite an uptick in the use of cleaning products and sanitisers due to the COVID-19 pandemic, for the period January to September this year, there was a reduction in the number of children taken to the hospital after ingesting poisonous substances. For the first nine months of the year, 53 such cases were seen compared to 79 for the corresponding period in 2019 and 114 such cases from January to September in 2018.

Bleach and caustic cleaning agents have been the lead household hazards, with victims ranging between one and four years old.