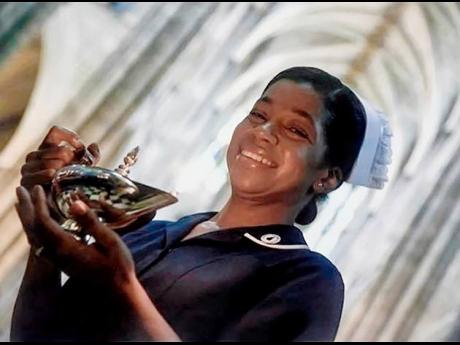 Contributed
McIntosh: We have to realise that it is a tough time, and if you have a bad day, it is to be expected. 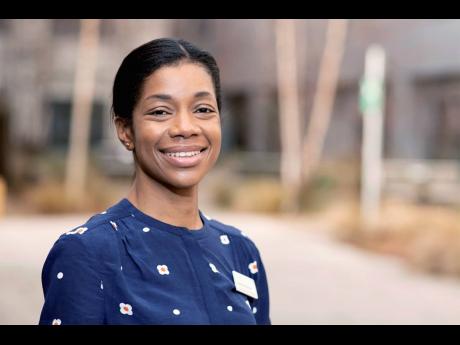 As England’s healthcare sector buckles under the weight of mounting coronavirus cases amid lockdowns, Jamaica-born Nichole McIntosh is battle-ready to tackle her job as the regional head of nursing at Health Education England (HEE).

As the head of nursing for England’s capital, London, McIntosh is responsible for educating and recruiting nurses and midwives to bolster the healthcare system. I

t has been three weeks since her appointment, and she is still smiling, despite the challenges.

“We have to realise that it is a tough time, and if you have a bad day, it is to be expected,” the 45-year-old told The Gleaner.

“My job is to make sure that we get it right for nurses and midwives so that they are highly educated. We have first-class practitioners who can give the standard of care required.”

That standard will be crucial as Britain battles a new fatal wave of the virus, with deaths hurtling towards 53,000.

More than 20,051 tested positive for COVID-19 in the United Kingdom on Tuesday, raising total infections above 1.4 million.

The first-generation migrant credits her upbringing in Petersfield, Westmoreland, for preparing her for the acid test that the coronavirus offers. The second of three daughters of educators, McIntosh says her Maroon ancestry has contributed to her being the strong, confident woman she is today. The family of her father, a retired head teacher, grew up three miles outside Accompong, a Maroon settlement.

“That makes me more resilient and tough, even though I might not look it, but inside, you have that Maroon mindset,” she said.

Memories of Jamaica are still with her, and that distinct local accent hasn’t deserted her either.

She recalls major events like Hurricane Gilbert and the fun times she had growing up in the 1970s and ‘80s. The self-confessed tomboy still reminisces about bicycle riding with the boys and playing cricket.

“I remember school in Jamaica. You had teachers who were really passionate and who instilled in you a kind of pride in terms of your education, and that has stayed with me throughout,” said McIntosh, who attended the Savanna-la-Mar Infant, then primary school, before attending Manning’s School.

The Westmoreland native matriculated to the College of Arts, Science and Technology, now the University of Technology, where she pursued a first degree in business administration, majoring in marketing. She then migrated to England in 1996 and trained to become a nurse.

“It has been an uphill struggle. It hasn’t been easy. I won’t lie. It has been hard. ... It is quite challenging to navigate the professional space,” she said, reflecting on her journey to becoming the head nurse for London.

Her appointment as a regional head nurse comes at a time when the HEE is trying to diversity its senior team.

McIntosh describes the opportunity as groundbreaking. Three healthcare professionals from diverse backgrounds were recruited by HEE recently to be regional heads.

“That really empowers and gives hope to people in the organisation to say, actually, there is somebody that looks like me in a very senior position, and I personally have had people come privately to kind of say, ‘We are really happy that you are here’,” she said.

McIntosh, who has a 14-year-old and an eight-year-old, said that being a parent has not been a barrier to promotion. She hopes to become a national head nurse in England and perhaps later, make a contribution to her homeland.

“I would like to be giving back to Jamaica’s healthcare system in any way that they think that I could maybe add some value,” she said.