Buchanan ready to defend himself at GLC in DPP matter 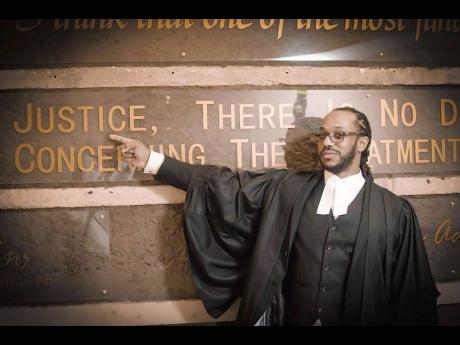 The row between the Director of Public Prosecutions (DPP) Paula Llewellyn and Isat Buchanan, one of the attorneys representing incarcerated dancehall artiste Vybz Kartel, has deepened.

The DPP on Thursday threatened to report Buchanan to the General Legal Council (GLC) after he accused her office of being shady over a request to have the defence re-examine a phone used as evidence in the murder trial in preparation for an appeal before the United Kingdom-based Privy Council.

That phone is now with the registrar of the courts.

Speaking on Power 106 FM’s ‘Morning Agenda’ yesterday, Buchanan admitted that he made the controversial statement, but said it was in relation to the delay in her office taking months to respond to correspondence from him.

“My response was certainly not to cast any aspersions on the Office of the DPP. I’m no way there,” Buchanan stated as he denied “catching a tantrum”.

He said that he was prepared to defend himself at the GLC, which organises legal education and uphold standards of professional conduct, if Llewellyn files a complaint.

Buchanan said that deadline for the application to be made to the Privy Council for the evidence to be re-examined and for the results to be admitted into the case has passed. That deadline was November 20.

He said that “the issue of delay is so serious” that an application would have to be made for an extension, adding that the DPP’s position on the request to re-examine the phone was not relayed to his team until after the deadline – November 24.

Yesterday, Llewellyn said that her office has to be de diligent in determining the course of action as the request for the evidence was unusual.

Llewellyn said that the defence should have known that the application should have been made to the registrar of the courts, although admitting that her office would be asked for its stance in relation to the request.

“That is something that should have been a part of the defence counsel. We made an assumption that they would be aware of that. Defence have raw meat, they must seek the fire,” the DPP said.

Llewellyn was still upset about the matter yesterday.

“This particular characterisation and talk about violating his client’s constitutional right has struck a wrong nerve in all my prosecutors,” she asserted.

In April 2014, Vybz Kartel, whose real name is Adidja Palmer, was convicted along with three other men for the August 2011 killing of Clive ‘Lizard’ Williams at a house in Havendale, St Andrew.