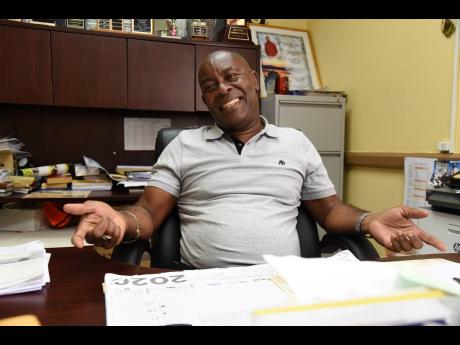 Portmore Mayor Leon Thomas has rejected claims that he is disenfranchising known Jamaica Labour Party (JLP) supporters by stonewalling their attempts to be part of meetings concerning a planned development in Westchester.

The claims were made by St Catherine South Eastern Member of Parliament Robert Miller and reported in yesterday’s Gleaner, but Thomas said there was no truth to the allegations.

“There is no war over lands,” said Thomas, who won the mayorship on a People’s National Party ticket.

The two reportedly sparred verbally over concerns raised by Miller that he, along with other JLP supporters, was locked out of a meeting that could have far-reaching consequences for several people on lands in Westchester that is to be developed by West Indies Home Contractors Limited (WIHCON).

“Nothing could be further from the truth,” Thomas said, contending that as mayor, his job is to represent all residents of the municipality in all things with fairness and equity.

In a prepared statement, Thomas said that since his tenure, he has made sure that the office displays no prejudice in the execution of his duties.

Miller had told The Gleaner that the relationship between him and the mayor was strained. Thomas had reported to the police that Miller had threatened him in a moment of heated exchange inside the mayor’s Portmore Pines office.

Confirming that he did make a report to the cops for the threats made against him, Thomas said that on the day of their meeting, October 16, Miller was brutish in his behaviour.

“It was clear that MP Miller came to the meeting with a preconceived aggression towards me, hence his less-than-acceptable behaviour, including overturning chairs in my office. And yes, I asked the police to intervene to play a mediatory role,” said Thomas.

“I had invited the MP to respectfully approach my office with a cooperative mindset, if his ultimate concern, like mine, is the people of Portmore and the development of the city.”

Thomas said he carries no ill feeling against the first-term MP and that he would be willing to invite him, per the protocols, to future official events, and that he hopes that Miller would do the same.

This latest row comes months after the two public officials clashed when Thomas attempted to derail plans by Miller for a farmers’ market at the height of the St Catherine lockdown to contain the spread of COVID-19.

Miller was then a prospective candidate for the ruling Jamaica Labour Party.