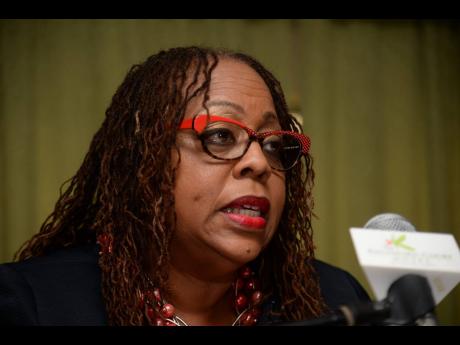 The indefinite closure of schools could lead to more unplanned pregnancies, unsafe abortions and increased HIV/AIDS infection rates in Jamaica, which currently has the third highest adolescent pregnancy rate in Latin America and the Caribbean.

That’s the warning from Dr Denise Chevannes, HIV/AIDS officer at the United Nations Population Fund Subregional Office for the Caribbean.

Delivering the Women’s Centre of Jamaica’s annual lecture on adolescent pregnancy yesterday, Chevannes also revealed that the COVID-19 pandemic had affected supplies of condoms and other contraceptives.

“At the beginning of the COVID-19 pandemic, it certainly was an issue with interruptions in supply chains,” she said.

Chevannes added that COVID-19 has resulted in health services being less accessible to adolescents, and cautioned that the pandemic is likely to increase domestic responsibilities for girls.

“Outside of the protective environment provided by schools, many girls are more susceptible to adolescent pregnancy and gender-based violence,” she said.

Already, girls in Jamaica are being pressured into becoming pregnant at an early age.

In Latin America and the Caribbean, about two per cent of women of reproductive age reported having their first delivery before 15. And there have been 876,000 unsafe abortions in the region.

In Jamaica, these unsafe abortions have contributed to maternal deaths, and adolescent pregnancy has also caused varying health complications for teens, such as damage to the pelvic floor; pre-eclampsia, which is due to hypertension; and sexually transmitted infections.

Chevannes noted that adolescent pregnancy was being fuelled by several factors, including cultural expectations.

“Some of those societal expectations of what constitute behaviour for women and girls in terms of their femininity, that is an issue,” she said.

Gender and Culture State Minister Alando Terrelonge also expressed concerned about some of the societal expectations for girls and boys. Young girls are being pressured into having sex, while boys are encouraged to be fathers before adulthood, he said, adding that he, too, faced pressures.

“We make life difficult for our adolescents with all this pressure, and at some point, we have to realise that there is something wrong with that aspect of the culture that seeks to call our young women mules and seek to call our young men, the term now is ‘gelding’, because you don’t have any pickney,” he said.