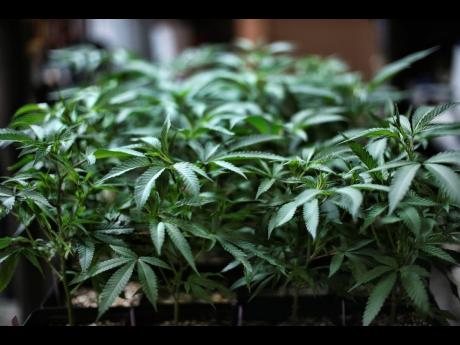 AP
The United Nations Commission for Narcotic Drugs has reclassified cannabis as a less dangerous drug, specifically for medical use,

Opposition Leader Mark Golding has joined the call made by the Ganja Growers and Producers Association of Jamaica (GGPAJ) for the Government to commence a full review of the 2015 Amendments to the Dangerous Drugs Act.

Golding and the GGPAJ were spurred by the United Nations (UN) Commission for Narcotic Drugs reclassification of cannabis as a less dangerous drug, specifically for medical use, on Wednesday.

The historic decision saw cannabis being removed from Schedule IV, which lists some of the world’s most dangerous drugs, including heroin, opium, and cocaine.

Golding said in a press statement that the 2015 amendments to the legislation were designed within the constraints of the Schedule IV designation of marijuana and that the removal opens the possibility of further advancement of the reform process.

“Jamaica’s emerging medical cannabis industry, and other stakeholders who are currently effectively excluded from the industry, are looking to the Government of Jamaica to further modernise Jamaica’s laws so that the industry can become more inclusive and participatory for all Jamaicans,” he urged.

Recommendations for changing the classification of marijuana were first made by the World Health Organisation in 2019.

While the vote is of tremendous historic significance, the GGPAJ believes the move will never undo decades of criminalisation and denial of cannabis treatment to millions of people throughout the world.

Golding, who spearheaded the decriminalisation of marijuana as justice minister five years ago, said that the People’s National Party was committed to participating in the review process.