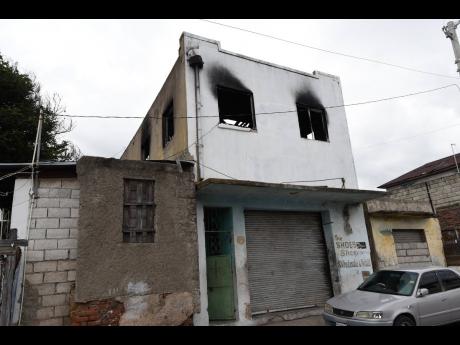 Ian Allen/Photographer
The burnt-out second-floor shell of this building stands as a stark reminder of the fiery tragedy a year ago which claimed the life of six-year-old Davinee Smith. 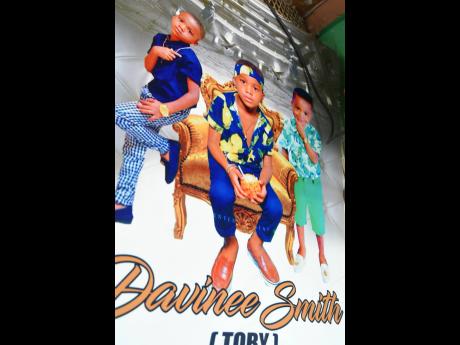 Ian Allen/Photographer
A mural dedicated to Davinee Smith on a wall along Beeston Street in west Kingston. The six-year-old boy died in a fire last December.
1
2

Almost a year later, Gina Lovell is hesitant to speak on the death of her six-year-old son, Davinee Smith, who perished in a fire in a room atop a shop on Beeston Street in downtown Kingston.

The 25-year-old mother, who has a one-year-old son, says that the mere mention of the post-Christmas tragedy makes her emotional.

Fighting back tears, Lovell said that her infant son ‘Zoby’ reminds her so much of ‘Toby’, citing the children’s pet names.

“When he died, the baby was only months old, but they were close. They have similarities, like the primeness,” Lovell said, referencing the Jamaican term for lippy exuberance.

The family will be hosting the first memorial for Davinee on December 27, the fateful day of his death. He would have turned seven on September 28.

Lovell plans to “play some music, have a cake, and just remember him”.

On the night of the fatal incident, residents reported hearing young Davinee crying out for help.

“We thought he was dead, and then we hear him at the window shouting, ‘Mommy! Mommy! Help me!’” one woman recounted.

Those cries of desperation were the “last words” before firefighters discovered his body.

The cause of the fatal fire is still unknown, said Lovell. She is disappointed by the information blackout from the Jamaica Fire Brigade.

“They still never tell us the cause of the fire, and I would like to know,” she told The Gleaner.

Davinee was reportedly found lying on his back in the bathroom with his arms outreached.

Pausing to pour herself rum, Lovell said that while she misses Davinee, she has tried to seek closure.

“Even though I think about him, I don’t let it slow mi down. Mi have da attitude deh to still get up and do my thing. But I can’t hide my feelings, no matter who mi deh roun’,” Lovell said.

The month of December – once filled with fond memories – now serves as a grim reminder of loss.

“I look up at the building to see if me see him,” Lovell said of the burnt-out second-floor shell.