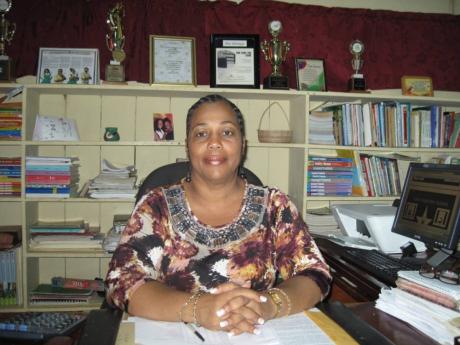 Controversy clouds the church-run Knox Junior School following the discovery earlier this year of a bank account being used despite two of its three signatories dead amid a slew of other alleged financial irregularities that have been plaguing the Clarendon-based institution.

The last 12 months have been rocky for the school, characterised by teachers’ protests, board resignations, a war of words, COVID-19-induced terminations, and verbal clashes between the board and senior officials of the United Church in Jamaica and the Cayman Islands.

“The Synod of the United Church has no comments at this time,” the Reverend Gary Harriott, the school’s board chairman, told The Sunday Gleaner in November.

The synod is the highest decision-making body of the local church.

Harriott took over from Thelma Bartley, a communications expert and respected civic leader in Manchester, who resigned in February, nine months into her tenure and after months of infighting with church and school leadership, documents have revealed.

Things started to unravel in October 2019 after Bartley wrote to the Southern Regional Mission Council, the church arm that oversees Clarendon, proposing the suspension of the school’s principal, Constance Malcolm, following an outburst at a board meeting.

“While we understand the need to send a strong message that this kind of behaviour is not appropriate, we believe there are other options that could be pursued that would be in keeping with establishing an environment for reconciliation and healing of relationships,” responded the Reverend Oliver Daley, the chairman of the council, who said there was no legal basis for a suspension.

The principal had criticised the chairman, who had demanded details of the school’s financial situation, and apologised for the “unprofessional outburst” in an October 2019 letter.

The bank account that has aroused suspicion had three signatories, two of whom have died – one over two decades ago, and the other almost three years ago, correspondence shows.

In a February email, the then board chairman expressed surprise that the account – which had a closing balance of $132,000 up to February 5, 2020 – was being operated “outside the knowledge of the current or former board” and was not mentioned in a comprehensive report on the school’s accounts a month before.

The largest transaction seen over the last five years was the withdrawal of $800,000 in July 2016 – an activity which would have required two signatories.

Bartley wrote to the regional church leadership about the “severe developments”, along with long-standing concerns about the school’s finances, complaining about the lack of information and interference of a senior church official who allegedly instructed that the principal not attend a meeting called by the board chairman.

“You are ill-advised to exert undue influence on the principal … . This is your third attempt at undermining the role of the chairman in the search for accounting responsibility,” read the February 21, 2020 letter addressed to Rose Wedderburn, deputy general secretary of the regional mission council.

Two days later, Bartley resigned and a copy of her resignation letter outlined a litany of problems, including an eight-month wait to get details on school accounts, the discovery of the bank account with deceased signatories, unapproved money transfer from a school linked to a board member, refusal of the school leadership to attend meetings, and interference of church officials.

Questions sent to Wedderburn on October 27, 2020 have not been answered.

Another issue also involved a board member, who was a school supplier but who also had cheque-signing privileges. The woman gave up the signing right after Bartley raised concerns.

The case of how documents to change signatories for cheques got “lost” only to turn up weeks later in the possession of another board member also stunned some officials.

In a February 20, 2020 email, Wedderburn said: “I am concerned about the state of the board and believe there is the necessity for us to reflect.”

She also stated that a meeting that Bartley was pursuing with the principal was no longer necessary as the matters involving the dead signatories and another related to hiring a new bursar were being addressed.

Concerns in hushed tones permeate the school community over the financial health of the 73-year-old institution, which senior officials and some parents say should not be in any money problems given the inflows over the years mainly from tuition, tuck shop and donations.

A report was submitted to the board by the finance committee chairman, Alexander Bourne, the principal of Knox College, a secondary school and a member of the Knox group of schools.

It was the first summary to go to the board in months despite requests that spanned even the previous board, The Sunday Gleaner understands.

The report confirmed some of the concerns, but raised even more questions about the school’s operations and how its money was being used.

When uncleared cheques and November salaries were deducted, $1.2 million was left, which “will not be enough” for December’s operational expenses, it was said.

That seems to have prompted the alleged unauthorised withdrawal of an undisclosed sum from the accounts of the Knox College to subsidise the operations of the prep school.

Unlike the prep school, the high school receives public money and it remains unclear whether the board approved the transfer of funds.

Knox Junior School operates on a three-term school year, and tuition fees range from $35,000 for pre-kindergarten, $41,000 for kindergarten students up to grade three and $47,000 for grades four to six.

A copy of the school’s budget for September 2019-August 2020 showed projected inflows of approximately $20 million per term from tuition and almost $2 million in tuck shop and canteen operations.

The biggest expenditure items were salaries and wages of approximately $4 million per month, and one-off spending of $650,000 for cleaning services and office supplies.

The November 2019 collapse of the school’s finance would never recover as four months later, the coronavirus pandemic triggering the closure of schools and curtailment of income-earning activities for private institutions like Knox, which depend heavily on tuition and charity.

An analysis for 2018 and 2019 showed total income of $161 million, with the bulk coming from tuition fees of $107 million and canteen/tuck shop earnings of $47 million.

Expenses for the two years amounted to $120 million, with salaries at $91 million and building maintenance at $5 million among the main items.

The school does not get any money from public coffers, confirmed Colin Steer, the head of communications in the education ministry.

“We do not interfere in the financial affairs of private schools,” he told The Sunday Gleaner.

In a January 2020 update to the November report, a recommendation was made for the “strict adherence” to a budget of more than $8 million and for any “necessary deviations” for additional expenditure to get board approval.

It was also recommended that the school hire a bursar, cut teaching staff, conduct a review of the school’s accounts and hike tuition for January 2020.

Claiming that millions were flowing into the school’s accounts with little capital investments to show, teachers protested in November 2019 demanding an increase in salaries, ignorant that their salaries for the following month weren’t certain.

The ‘go-slow’ was a sign of discontentment with the slow pace of discussions, read the memo signed by 19 teachers.

The board recommended a three per cent increase for teachers, costing $102,500 per month in January 2020 to take effect from September 1 of the previous year, although the educators were expecting the retroactive to start from January 2019.

“The school’s affairs are in disarray, teachers have been sent home, salaries were being paid late, deductions not making the banks on time, yet still we are collecting millions,” complained a teacher, who spoke to The Sunday Gleaner on condition of anonymity.

In a December 2016 letter to the principal, teachers lamented the “exorbitant cost” imposed on them by financial institutions for late payments.

The principal apologised for the inconvenience, saying, “we are in a serious cash-flow problem … the worst one we have experienced”.

The principal, who has declined to speak with The Sunday Gleaner, did acknowledge problems, documents show.

“I am the first to say that many things need to be done better, and I need to raise the level of my performance,” Malcolm said in a letter in which she questioned the aggression of the board to fix some of the problems.

“Change can be done in a manner that does not demotivate and demoralise.”

“Over the last decade or more, Knox Junior School, with all its strengths, has morphed into a toxic cesspool of financial concealment, aided and abetted by blind-eye accountability from the board,” former chairman Bartley said in a statement to The Sunday Gleaner.

“The rudeness and obfuscation of the management team, the interference and the undermining by senior church operatives of attempts to scrutinise the unsuitable financial practices of the school, became more mutinous, and produced no quantifiable results,” she added, saying the United Church should “let the chips fall where they may” in its review of the Knox operations.