‘I’m fed up with the system’ - Mom cries discrimination; campaigners step up efforts to prevent deportation of autistic 22-y-o from UK 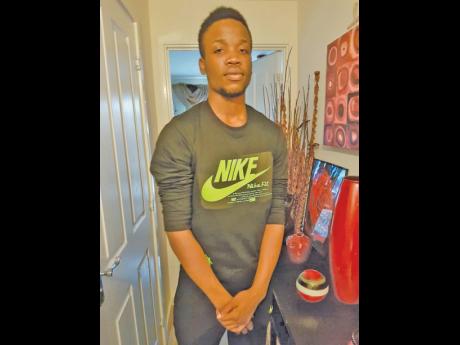 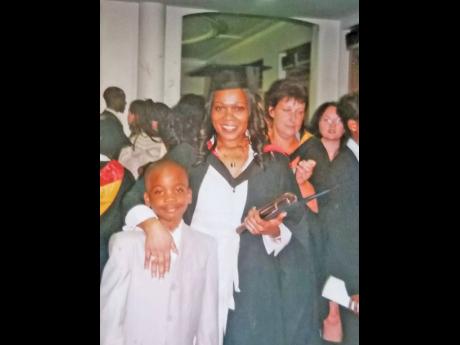 Contributed
Joan Martin and her son Osime Brown in October 2006. 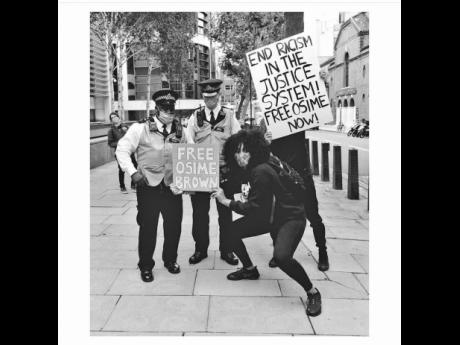 File
Protesters in the UK fighting the deportation of Osime Brown, who is autistic.
1
2
3

More than 100 public figures in Britain, including former Archbishop of Canterbury Rowan Williams and the acclaimed poet Benjamin Zephaniah, have signed a letter to Home Secretary Priti Patel demanding that the deportation of 22-year-old Jamaican Osime Brown be rescinded.

Brown, who has autism, was convicted of a theft while still in his teens and sentenced to five years in prison.

Under current UK legislation, any foreign national sentenced to more than a year is liable to automatic deportation. But Brown, who left Jamaica as a young child, has no relatives in the island and would be extremely vulnerable.

“He even asked ‘what bus can I take to visit you from Jamaica?’,” his mother Joan Martin told The Sunday Gleaner. “He couldn’t survive there alone. He couldn’t cope.”

Brown’s grandfather is part of the Windrush Generation, and arrived in England in 1960.

His mother has never been back to Jamaica since she left for England. Speaking from her home in Birmingham, she said that all of the young man’s relatives now live abroad.

“They are in Florida, New York, Canada. The judge said he can go back and resume the relationships he formed, but that is impossible,” she said.

“He’s more settled now. There have been no episodes of fainting for a while, but he is still traumatised.”

Brown’s conviction is under scrutiny because the incident, in which a teenager’s mobile phone was stolen, involved a large group of children, three of whom were convicted. The two others received only community service orders as punishment.

Martin said the victim’s friend gave evidence in court that Brown was not involved in the robbery and even attempted to stop it.

A British law known as joint enterprise means that people associated with others committing crime can be charged themselves. Brown was also convicted of perverting the course of justice, after he posted a comment in a Facebook group urging witnesses to tell the truth and clear his name.

“People are very upset with what’s going on,” said Martin. “It’s racial discrimination. I’m fed up with the system. The message [from the UK authorities] is that we don’t really matter any more.”

Campaigners say the court was not properly informed about Brown’s autism. And Martin feels that the conviction was aggressively pursued by an officer in the West Midlands Police who targeted her son.

“He was failed by his school, in care and by the justice system,” she said.

The conviction will be appealed, but Osime, who was released from prison in October, has had his indefinite leave to remain revoked and is at risk of deportation.

A Change.org petition demanding justice for him has gathered over 300,000 signatures.

The letter – also signed by author Neil Gaiman, veteran human rights campaigner Peter Tatchell, the Labour Party’s former Shadow Chancellor John McDonnell and former Shadow Home Secretary Diane Abbott – reads: “There is no evidence that Osime Brown is a threat to anyone in the UK. By contrast, the danger that he faces is extreme. This tragedy is unfolding in real time – on our watch – but it need not happen. Compassion and decency could still prevail.”

Amnesty International UK Director Kate Allen said in a statement: “Excessive deportation powers have long been unjustly and cruelly used. Osime is a young, black British man, having grown up in this country from a very young age. For the Home Office to seek his exile is a plain abuse of power. It is a grotesque injustice that children who grow up in this country continue to be excluded from their citizenship rights then threatened with banishment by the Home Office.”

Emma Jones from the Labour Campaign for Free Movement, who organised the letter, said, “Stopping this deportation is an urgent moral imperative. The Hostile Environment relies on public ignorance and indifference to continue to function, which is why it’s so crucial for those with a platform to speak out now. We’re profoundly grateful to everyone who has signed this letter.”