Christmas with Brian Lumley | That unforgettable gift from Mom 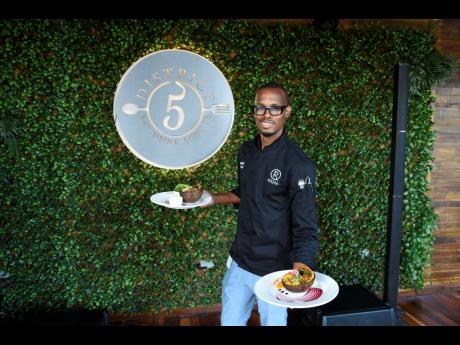 The gift that keeps on giving. That’s the best way to describe the incredible culinary talent of executive chef Brian Lumley.

He has graced kitchens both locally and overseas for 15 years, cooking up world-class dishes designed to excite taste buds. In keeping with the Christmas spirit, The Gleaner caught up with Lumley in an exclusive interview for the official launch of District 5 at R Hotel in New Kingston and carried him down a festive memory lane.

He savours the memory of his fondest Christmas memory: December 25, 2002. “I remember it clear as day,” he reflected.

His mother, Jennifer Lumley, decided to treat him to the present on his wish list as a reward for all the hard work he was putting in at school.

“My mom had gifted me a PlayStation 2 console for doing well and finishing in the top three of the whole fourth form of Jamaica College,” he said.

Lumley was blown away, not because he received his heart’s desire, but because he knew his beloved mother had saved for months to make that special purchase.

“I will never forget it,” he added.

The culinary wizard said that he wasn’t looking forward to any particular dish for Christmas breakfast or dinner. He is a huge fan of the season and can already taste his mother’s amazing home cooking.

Basking in the bliss of family gatherings and attending parties are among his favourite Yuletide traditions, but the coronavirus restrictions will put a damper on much of the merriment in which he usually revels. He is also driven by a passion to give to others this Christmas.

“Because of the demands of my job, I will more than likely be at work or volunteering my time to make people in unfortunate situations feel a little better within the spirit of the festive season,” Lumley told The Gleaner.

“It’s one thing to enjoy, but I was raised in a way that it’s also a season of giving.”

Lumley will be busy helping to make District 5 find its footing in a restaurant market that has been pummelled by the pandemic, with dining restrictions fuelling greater reliance on takeout service. But R Hotel is banking on its safety protocols, as well as its eclectic and vibrant flavours, to woo foodies.