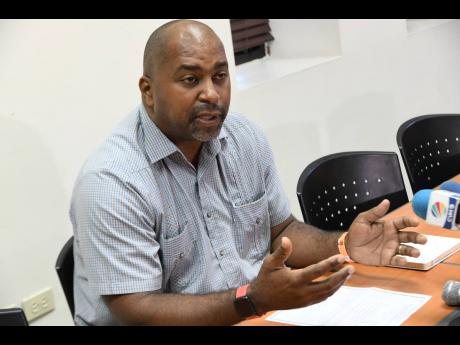 As the Public Accounts Committee (PAC) meets today with the installation of a new chairman, the hard-hitting ovrsight group will be challenged to complete and take on a plethora of reports from the Auditor General’s Department (AuGD) for the rest of the parliamentary year.

New PAC Chairman Julian Robinson said the committee will start examining the reports from the AuGD early in the new year.

He said that there were outstanding issues that the committee would deal with, including the audit of the Caribbean Maritime University (CMU).

“Very early in January, we are going to be dealing with that issue and trying to ensure that we examine the reports in detail,” Robinson said in a Gleaner interview last week.

Prior to the dissolution of Parliament in August, the PAC was combing through the CMU audit that uncovered a litany of procurement and governance breaches at the institution.

Several reports from the AuGD have been tabled in Parliament in recent times.

On December 3, an audit on the COVID-19 allocation for employees programme was tabled in Parliament.

The following week, another audit report on the management systems for the maintenance of parochial roads by the Kingston and St Andrew Municipal Corporation was tabled.

The PAC will also review a compliance audit of the Constituency Development Fund by the AuGD, which unearthed cases of nepotism within the agency managing the $1.26-billion programme that operates out of the Office of the Prime Minister.

In addition, the oversight committee is expected to focus its attention, at some point, on the Jamaica Urban Transit Company (JUTC).

In July, the AuGD audit of the JUTC between 2014 and 2019 highlighted failures of the company’s board of management, the unapproved hiring of staff above the capacity of the entity, and hundreds and millions of dollars in overtime payments although the JUTC was overstaffed.

Today’s meeting is expected to discuss procedural matters and also serve as an orientation exercise for new members of the committee.