Fear and trembling as severed hand turns up on doorstep 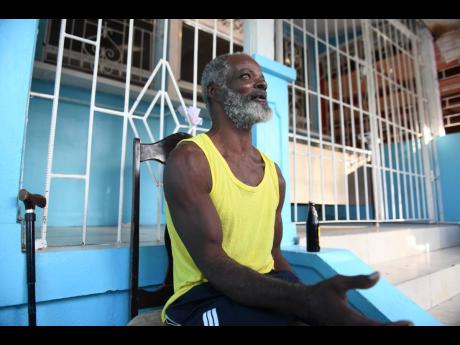 Gladstone Taylor
Clayton Wright, 64, talks about the disturbing discovery of a severed hand on the doorstep to this home in Kingston Gardens on Friday. 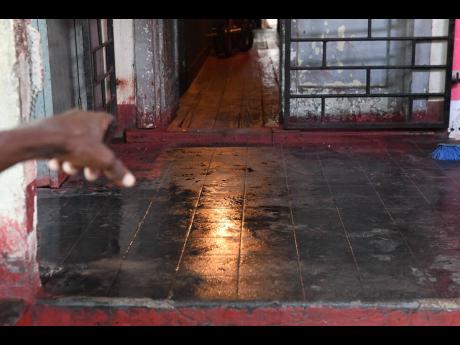 Gladstone Taylor/Multimedia Photo Editor
A man points to the location where a severed human hand was discovered at a Kingston Garden premises on Friday morning.
1
2

Clayton Wright, who uses a cane, struggled out of his bed Friday morning to find a hand on the front porch of the tenement yard at 15 West Avenue in Kingston where several persons reside. The discovery, Wright said, caused him to move the fastest he had in his entire life.

The 6:30 a.m. bone-chilling experience has since traumatised the 64-year-old. Wright said that he has since had trouble sleeping, opting to spend much of his time at a nearby bar and hangout spot instead of going back to the location.

The police have confirmed the morbid find in Kingston Gardens.

Over on Red Hills Road in St Andrew, residents also woke up to find a severed leg along the thoroughfare half an hour earlier. That incident was reported to the Constant Spring police.

It is not clear whether the hand and leg are from the same person.

Wright said he was shocked when he overheard a woman tell a neighbour,”Come mek mi show you one hand.”

But he never really believed that the source of consternation would really turn out to be a severed limb in the corridor.

“Mi just grab mi stick and pull away out a di yard. ... Mi mek a quick dash because me nuh want no police come question me. Me scared. All now mi nuh sleep. Sleep weh?

Another resident of Kingston Gardens, who gave his name as ‘Crackas’, was equally puzzled by the discovery as Wright and others in the community.

Crackas said that the find was especially frightening because it occurred a short distance from the Jamaica Constabulary Force Band Division and the law practice of former Kingston Central Member of Parliament Ronald Thwaites.

He remembers light-heartedly how fleet-footedly Wright scampered from the yard after the sight.

“From him spot di hand, him move fast. To how him move fast, him probably could run a hundred-metre race,” he told The Gleaner.

Crackas himself got a glimpse of the hand but was startled that it bore no blood, suggesting that it had not just been severed.

Kingston Gardens has grown lonely at nightfall, said Crackas. He now wonders whether the grisly find might be evidence of ritual.