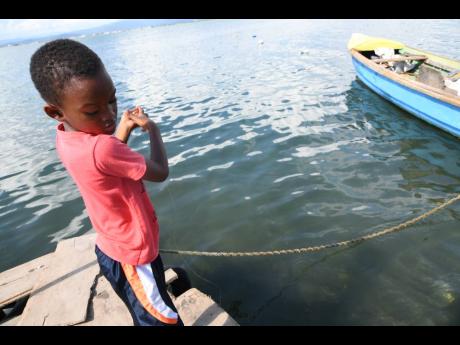 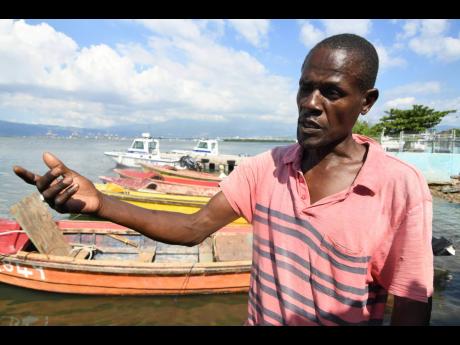 Like their fellow fisherfolk across the Kingston Harbour, Port Royal fishers are finding it a lot more difficult making a decent catch nearshore and are being forced to go into deeper waters to make enough money.

Michael Henry, president of the 32-member Port Royal Fishermen Group, is pleading that more be done to protect the reefs from further damage, which has led to fish migration and death of fry.

Henry points to the anchoring of huge freighters and oil tankers on the outer banks and a recent multimillion-dollar dredging exercise to woo cruise shipping interests.

“There are certain reef that fish would use for spawning, it is like a natural nursery, but the ships are ripping them apart and this has been happening since 2007, perhaps even before.”

He said they had approached Agriculture and Fisheries Minister Floyd Green, who promised to have the Port Authority investigate the development. They are awaiting further word from him on the matter.

Henry, who has a deep knowledge of the fishing industry in Port Royal, said that fish stock has dwindled dramatically over the last few decades. He is warning that failure to cauterise the problem could result in the ultimate demise of fishing in the area, likening the crisis to existential dilemmas that have threatened the death knell of sugar and banana.

“The fishing industry is a major part of any growth strategy of any country that respects agriculture in general, as it provides a great source of protein as a nutrient and employs scores of people,” said Henry.

Fisherman Hubert Christie said that his livelihood has been compromised since the March outbreak of COVID-19 in Jamaica, with limited catches undermining revenue. There are days, said Christie, when fishermen can scarcely find money to fuel their boats.

“Is two times light cut off and one time me water got disconnected through what a gwaan, and while we can blame COVID, there are some other factors affecting our thing, too,” Christie said, alluding to the migrating fish population.

“To the way things bad, it seems the fish dem doing what us humans doing right now - social distancing.”

Green said he has directed that preliminary discussions be had with the Port Authority to study the impact of the dredging on the fish stock and the anchoring of ships in sensitive areas of Jamaica’s territorial waters.

He said the ministry is working on a retooling programme for fisherfolk in Port Royal and elsewhere in the next fiscal year.

Talks have already begun with private-sector interests like boat engine manufacturer Yamaha as well as with two financial institutions for fishers to tap funding facilities.

“We have to focus more energy on deep-line fishing, and we have already secured some funds from the World Bank to start a pilot training programme with some of our fishermen in relation to the practice of this type of fishing and helping them to retool their vessels,” said Green.