Attorneys question continued detention of boat crew in US 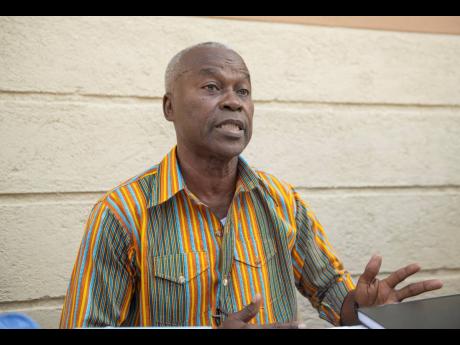 Attorney-at-law Bert Samuels is seeking immediate answers into whether four Jamaicans arrested at sea by the United States Coast Guard were “kidnapped” under the veil of the Shiprider Agreement two months ago.

His query has to do with the recent demolition at sea of the Jamaican-registered vessel Lady Lawla and the taking into custody of its four-man Jamaican crew, who are yet to be repatriated even after a judge in the Southern District Court of Florida ruled that their detention be terminated.

Addressing a press conference yesterday, Samuels slammed the Government for granting the US Coast Guard rights to mount a search of the vessel and for its subsequent destruction.

The 20-ft vessel was blown up by the “big, powerful United States”, Samuels said.

“Do we make a formal complaint against the US for breach of the terms of the Shiprider Agreement?” asked Samuels, who added further that “based on what has happened should the Jamaican Government continue having this agreement or should it be suspended pending an explanation from the US”.

Documents entered into court proceedings declared that on October 12, 2020, while on routine patrol, the US Coast Guard cutter Diligence detected a 23-metre fishing vessel approximately 126 nautical miles in international waters southeast of Kingston.

The affidavit stated that the US Coast Guard launched an “over the horizon” to conduct reconnaissance, observation and assessment of the vessel.

According to the court document, “the men were unable to fully explain what they were fishing for and that the vessel had little fishing gear on board” and that had “no catch for the seven days they had been out to sea”.

Further, the affidavit stated that Lady Lawla was not broadcasting its automatic identification system and that it was then that the Jamaica Defence Force (JDF) was notified and that they affirmed the boat’s registry and authorised boarding under flag state jurisdiction.

It was noted in the affidavit that a search was undertaken and 21 plastic cans were found in a fish hold, 15 of which were full, and that in addition, when asked, the boat’s captain, Clark, became nervous in his response.

“A Narcotics Identification Kit test was conducted on the 15 cans and all tested positive for cocaine, resulting in 150 gallons of liquid cocaine,” the affidavit read, pointing out that the men and the vessel were then taken into US custody.

No evidence of cocaine

Attorney Bianca Samuels stated that having detained the crew for 17 days between October 11, 2020, and December 23, 2020, on the alleged basis of having found 150 gallons of liquid cocaine, the US federal marshal brought the men before Judge Chris McAliley of the Southern District of Florida District Court.

“The judge then ruled to terminate the detention of all four Jamaicans on the basis that there was in fact no evidence of a find of cocaine and that it was merely gasolene which had been misidentified as the drug in liquid form and ordered that they be sent home to Jamaica,” said Miss Samuels. “No charges were laid against any of the four men.”

She stated that the crew had made all necessary immigration and customs declarations at Port Royal on October 5, 2020, declaring its destination for Punto Fijo, Venezuela, prior to leaving for the open seas. Its mission was to purchase fish.

The attorneys said that the local Attorney General’s Department has stated that the matter is now a law enforcement issue in the United States and that it is not allowed to interfere with the judicial process of the US.

They said, too, that since the men were acquitted and sent to US immigration last Wednesday, they have not heard anything further from the Ministry of Foreign Affairs nor from the attorney general on the matter.

The governments of Jamaica and the United States recently signed a protocol amending the 1997 US Jamaica Maritime Counter-Narcotics Cooperation Agreement, also known as the Shiprider Agreement, for further cooperation in deterring the movement of illicit drugs through Jamaican territorial waters from South America to the American mainland.

In November 2009, the Jamaican security forces expressed an interest in searching the vessel Lady Lawla, having reached in Jamaican waters in the Kingston Harbour.

Present were the US Coast Guard, who entered the vessel in the presence of attorney-at-law Bert Samuels at the invitation of the JDF, to carry out a joint search after the ship was docked in the harbour.

Samuels, who also boarded the vessel, protested the presence of the US Coast Guard on the basis that it had no jurisdiction to search a Jamaican vessel while it was in Jamaica’s territorial waters, and so the US officers left the vessel.

The attorney general advised the security forces that the US Coast Guard could board and search a Jamaican vessel at the invitation of the Jamaican state in territorial waters.

Nothing illicit was found at the end of that search.