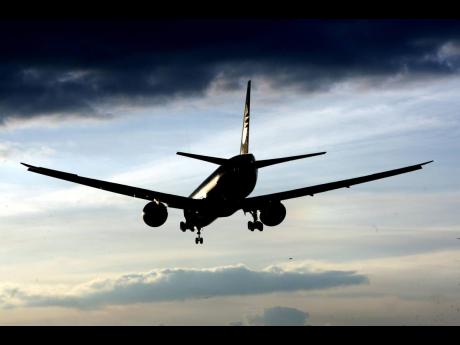 Jamaica experienced its best period of tourist arrivals between December 22 and 26, with some 19,000 visitors landing at the Sangster International Airport in Montego Bay, the highest since the country’s borders reopened in June.

Last Saturday, the airport accommodated 33 flights, 12 of which were executive Lear jets, an indication that the island is getting back high-end visitors in the mix.

The latest numbers bring arrival figures to date to 90,000 for the month of December, putting the period on track to record 100,000, which would be the largest number in any single month since COVID-19 made its way on Jamaican soil.

Earnings from the industry are estimated to have beefed up the country’s coffers to the tune of half a million US dollars, Tourism Minister Edmund Bartlett told The Gleaner yesterday.

Since the reopening of the borders, the island has welcomed over 367,000 visitors, 75 per cent of them tourists, with the other 25 per cent representing a mix of Jamaican nationals who live abroad but still carry the country’s passport, the minister explained.

He credits the traffic with the confidence in the destination’s safety and protocols, which he says are working.

“The Resilient Corridor is a big driver in all of this, and has bolstered confidence in the destination.”

The Resilient Corridor extends from the west in Negril to east in Port Antonio; the island’s south coast and Kingston.

He concurred with an unsolicited news item on CNN on Sunday, which stated that last weekend was the biggest in travel since the pandemic and many people said they were visiting Jamaica because of the negative test requirement.

“There is strong pent-up demand in the market and Jamaica would have done better had we not been forced to ban flights out of the UK, plus Canada’s lockdown,” said the minister.

As firm as December’s results look, the forecast for January and February suggests a flattening, while March and April are showing strong optics. On the other hand, the cruise lines are also expecting to recommence itineraries in March.

“Falmouth is booked to welcome two Royal Caribbean Cruise Lines in March, unless something drastic happens to change this,” Bartlett revealed.

In the meantime, the MBJ Airports Limited CEO Sean Munroe, during a presentation on the state of the facility and the plans going forward at a recent forum, said that Sangster’s focus was now on long-term recovery and stability.

Describing the aviation industry as a significant economic driver, providing employment to well over 7,000 people directly in the airport, Munroe spoke of the reduction in passengers in the airport, which he said had seen a movement of 1.5 million year to date, compared to 4.31 million in 2019; with aircraft movement just 17,000 compared to 38,000 the similar time last year.

However, he, too, posited that recovery was beginning to show its head, from as early as October.