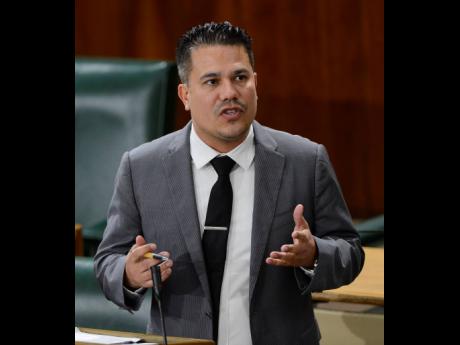 A relative of an inmate at the St Catherine Adult Correctional Centre in Spanish Town has expressed concern over the welfare of her family member following reports of abuse and a hunger strike at the facility.

Although officials have denied that a hunger strike is taking place, Carol Eccleston, who lives in Toronto, said she was watching developments with a view to alert human-rights groups in Canada to lobby for the inmates.

Local human-rights lobby Stand Up For Jamaica (SUFJ) also said it had been informed of inmates being abused at the facility and that a hunger strike began on Christmas Day.

“I was told that the guards went into the cell of an inmate at 9 o’clock at night doing searches and they not suppose to be doing that. We heard that an inmate was gun butted … .,” Eccleston told The Gleaner. “They shouldn’t be treated like animals, regardless. Even though they are in prison, there are people in there that can be rehabilitated and you can’t treat people like that.”

Yesterday, SUFJ Executive Director Carla Gullotta told The Gleaner that her lawyers had visited the facility on Monday and Tuesday and got reports of rights breaches and other issues. They were informed of inmates receiving severe beatings, reportedly at the hands of staff, and batons being used to drive inmates from their cells at nights as well as complaints of destruction of personal belongings.

“Several interviews were conducted with the inmates who have been reporting the alleged abuses. The attorney said one of the inmates has bruises on the left side of his body and one, who is elderly, may have a fracture, having been allegedly rolled through the staircase,” she said.

Gullotta said that a hunger strike had reportedly began on Christmas Day, although it was confined to some blocks.

“ ... I think they are the block where the search was more aggressive … . As far as I know, in some blocks, the inmates refuse food,” she said, calling for their concerns to be addressed.

“Since mid-March, in order to avoid the spread of the COVID, they are locked in there and there is no possibility for visit from families. On Christmas, it should be the famous family day, which obviously could not happen, so why be so aggressive towards those who are suffering with a very difficult and rough situation?” she asked. “That is very disturbing.”

The SUFJ executive director called for swift action to be taken against any correctional officers found to have perpetrated any abuse.

However, yesterday evening, Minister without Portfolio in the Ministry of National Security, Senator Matthew Samuda, said reports of a hunger strike at the facility were false.

In a statement released by the Department of Correctional Services, Samuda described the reports as “rumours and unfortunate mischief making”.

He said that he asked for the Independent Commission of Investigations and the Office of the Public Defender to be brought in to probe the allegations of abuse.