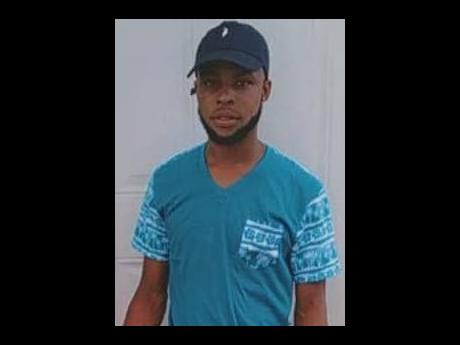 Reeling from the gruesome murder of 24-year-old Jermaine ‘Boy Boy’ Moatt, of a Spanish Town Road, Kingston 11 address, his grief-stricken girlfriend and mother of his three-year-old son, Tiana Lindsay, is puzzled as to why when he left home for an ATM on Christmas Day, he drove his motorcycle through Rose Town, an area the family considers a danger zone.

Within 24 hours after that murder, there were two others, which residents and cops believe are linked. The second murder took place on Christmas Day as well while the third occurred Boxing Day.

While residents labelled Moatt as the right-hand man to an alleged Rose Town gangster, who is battling for control of the area, Lindsay told The Gleaner that he was a working man and was killed by men he once called friends.

“Mi feel it, yes, because a mi child father, but him shoulda never ride go ‘round deh suh,” she said. “Him not even brush him teeth. A just him face him wash seh him a go draw money off a di card.”

She said that Moatt’s father, who worked with Caribbean Broilers, was killed last year when some men’s demands for chicken were not met.

Alleged eyewitnesses told The Gleaner that Moatt was attacked by gunmen from behind as he rode through the community. After he was hit by the bullet, the motorcycle crashed. He got up and attempted to escape on foot but was too weak and was caught by the hoodlums, who shot him in the head.

“It is very sad mi a tell you. Mi a try mi best because mi affi deh yah fi mi son. A bere likkle bwoy a do di killings, and dem hungry,” a tearful Lindsay said.

According to the police’s Constabulary Communications Unit, Rose Town has been experiencing intensified presence of the security forces since the three killings.

They have since released a wanted person and person of interest lists. Wanted are Preston ‘Zazu’ Evan and Dennis ‘Ginsing Mundel. Those listed as persons of interest are ‘Taliban’, ‘Ozil’, Ojingo Duhaney, Daniel ‘Dan Dan’ Duhaney, and Daniel ‘Poppa’ Atkinson. They are being urged to turn themselves in to the Denham Town Police’s Criminal Investigations Branch immediately, and anyone knowing their whereabouts is being encouraged to make contact with the police.