Farmers in the dark about curfew exemption 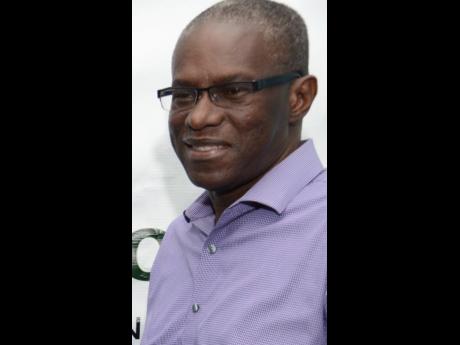 Farmers and fishers across the island have been seeing a fall in production and productivity as many are unaware that they have been exempted from curfew restrictions to reduce the spread of the coronavirus.

Yesterday, the Jamaica Agricultural Society (JAS) admitted to The Gleaner that the message has not been sufficiently communicated to its members that they had a right to travel to and from their farms, even though this was made clear by Prime Minister Andrew Holness as far back as April.

Nightly curfews were implemented within weeks after the onset of the coronavirus pandemic last year, with the hours being adjusted at various stages. Currently, the islandwide curfew runs from 10 p.m. to 5 a.m.

“A farmer tell me the other day that him haffi a wait fi go a him field because him can’t go within the curfew hours,” JAS CEO Christopher Emanuel said. “Usually, by that time (5 a.m.), a lot of them have already put in a few hours of work with some even on their way home.”

Speaking in the House of Representatives on April 28 last year, Holness acknowledged that farmers and fishers were not among the list of exempted persons, adding that the oversight would be corrected as it was never the intention to impede agriculture.

“The order made special provisions for transporting agricultural products, for allowing persons to tend to their crops and their animals. So, we are going to amend the order to make it explicitly clear that fishermen and farmers are allowed to move about for that purpose,” the prime minister said.

“The challenge we are facing is that everyone will claim they are a farmer or a fisherman, but, especially for fishers, they have to be registered,” he declared. “We are going to formalise that process of registration for their exemption, so they will, through their co-operatives, get their exemption forms, and similarly for registered farmers, though that might be a little bit more challenging ... .”

Looking ahead to 2021, Emanuel said that the JAS is hopeful that good weather conditions will prevail for most of the year, allowing farmers to put a serious dent in the food import bill, which in 2018 stood at a whopping US$902.3 million. He said that the organisation will be challenging its members to aim at helping the country to achieve greater levels of food security and nutrition.

Meanwhile, JAS President Lenworth Fulton, who has been sidelined by a stroke since last September, is warning farmers to brace for a tough year as financial aid is unlikely to be as forthcoming as in previous years based on the crippling global effect of COVID-19.

Fulton, who is making slow but steady progress in his recovery programme, said he has been keeping up to speed on agricultural issues and urged farmers to be prepared to reinvest their own money into their farms as traditional lenders might be as accommodating as before.

“I don’t see where they are going to be able to access above-normal financial assistance, given the devastation caused by the flood rains as well as shuttering of hotels and restaurants, which were major sources of income for many. So many of them will need to rebuild, but where is that assistance to come from?” he asked.

News of the issues relating to the chicken industry is one big-ticket item which has caught his attention.

“I hope that the Government will continue to regulate the importation of chicken meat, but the issue with chicken neck/back is a very delicate one. Based on the affordability of most of our people, there is a need for chicken back/neck to be imported into the country, but it has to be managed so that the people with low income can get a cheap protein,” he told The Gleaner.

“It can’t be at a level where it damages the industry, and I hope that due care will be taken to protect the 7,000 small broiler farmers and the investments that the two large chicken industry stakeholders have put into this country. So we will have to be very careful,” he warned.