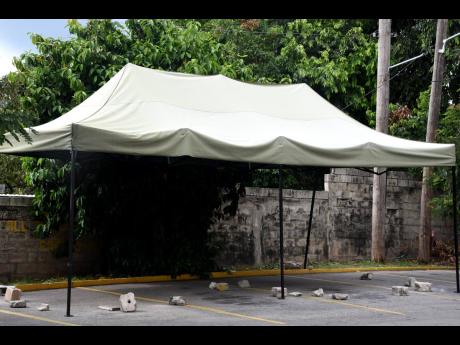 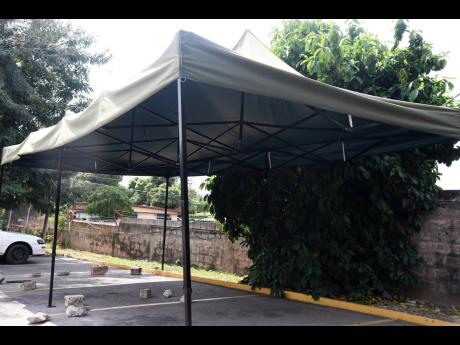 Kenyon Hemans
Kenyon Hemans/Photographer Yesterday, only a tent was left at an unauthorised makeshift COVID-19 antigen testing lab at the back of a St Andrew plaza where The Sunday Gleaner team got tested earlier last week. 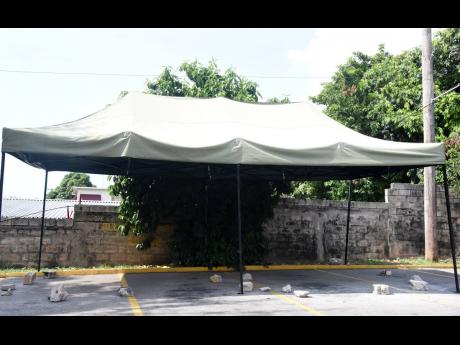 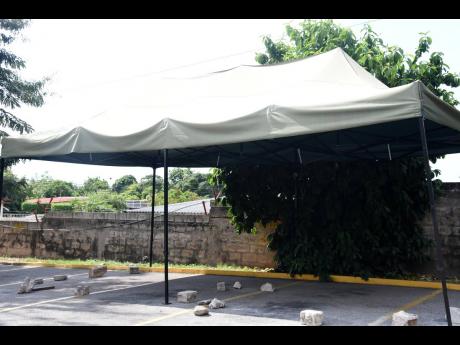 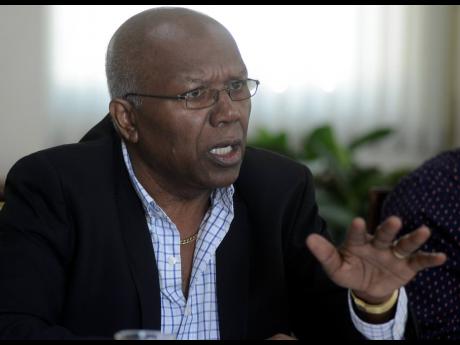 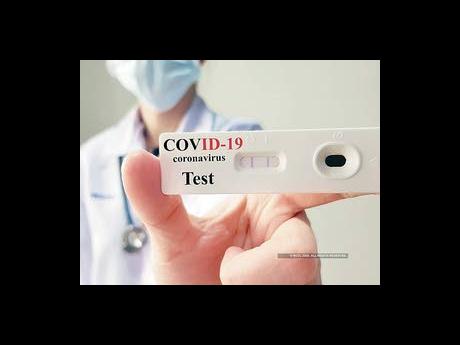 Hundreds of Jamaicans are reportedly turning to unauthorised COVID-19 laboratories and makeshift facilities for antigen (rapid) tests, as Government’s insufficiency is being blamed for a rising underground market with questionable ethical practices.

Last week, the Ministry of Health & Wellness revealed a list of eight laboratories approved to administer public antigen tests but according to some private medical practitioners, that list may have come too late as the unapproved testing market is thriving locally.

Besides, Sunday Gleaner checks on Thursday revealed that at least five of the labs named by the Government will not offer antigen testing for another week, while two others said they do not offer any type of COVID-19 tests.

This leaves the average Jamaican with little option to find out whether or not he or she has been infected with the dreaded coronavirus that has so far infected 13,455 persons locally, with 311 deaths.

As it is, Jamaicans who cannot afford a polymerase chain reaction (PCR) test for up to $22,000 have been visiting the unauthorised drop-in labs – one of them a tent hidden at the back of a St Andrew plaza.

At these locations, antigen tests cost as much as $12,000 less than PCR tests, and advertising for clients is limited to WhatsApp messages and word of mouth.

These unauthorised outlets – some posing as more established labs to bolster public credibility – have placed the responsibility squarely on customers to report positive numbers to the health ministry.

Health Minister Dr Christopher Tufton confirmed yesterday that any positive COVID-19 results at these underground facilities are not included in the official tally.

“Tests that are not done by entities authorised by the MOH are not reported to the MOH,” he said in response to queries from The Sunday Gleaner.

AT YOUR OWN RISK

“The MOH is concerned about unauthorised tests and the impact on the availability and accuracy of data for planning, particularly for a new public health threat like COVID-19. The MOH cannot validate the accuracy of tests done at these facilities,” Tufton emphasised, adding that test procedures and skills training are among other issues to consider.

“So we say to persons that are accessing tests at unauthorised facilities that you are doing so at your own risk.”

Last week, this reporter was able to do an antigen test at one of the unauthorised facilities using a fake name and fake address – which further compromises Government’s ability to conduct contact tracing for the dreaded respiratory disease.

After paying a fee of $8,500, customers were asked to return to their vehicle where a representative dressed in personal protective equipment (PPE) administered the nose swab from the patient’s car seat.

“We only tell you,” assured a worker taking a register inside the tent at the makeshift lab.

He said at least one person had tested positive for COVID-19 last week, “but I have only been working here a few days now.”

Practitioners operating unauthorised sites claim some see up to 150 patients per day. Within 40 minutes, however, our news team observed only five persons being tested or enquiring at the site visited.

Most people drove up but pedestrian Martin Smith, said he “Just come over to ask because me woulda love to do one, and eight grand don’t sound too bad.”

A DISSERVICE TO FEARFUL JAMAICANS

Three doctors who have been conducting unauthorised antigen testing in the Corporate Area and St James defended the practice, charging that Government’s slow pace in embracing it is a disservice to fearful Jamaicans.

She further explained, “So antigen test is more of an indicator of someone who is sick and can spread the virus whether or not they are showing symptoms. With the PCR test, you may have recovered from the virus but you are still getting rid of remnants which will ultimately show up.”

Another doctor in St Andrew shared that, “Antigen testing is a lot cheaper than a PCR test, for which you need specialised containers and a lab. The set-up is far less expensive. So if we are looking at a proper testing method for a small country like Jamaica, we should be going for antigen testing. We see anywhere between 50 and 80 patients daily because of the (COVID-19) concentration specifically in Kingston and St Andrew.”

“There might be some questions of ethics because we are not authorised, but overall it serves a greater good. It fills a gap that the health ministry knows it cannot fill and people don’t have to wait to show symptoms to get tested,” offered a practitioner in Montego Bay.

“The demand for antigen testing is huge in Jamaica and a lot of people are just concerned. Some are living with elderly people and just want to be sure whether or not they have the disease for their safety.”

On Friday, Opposition Spokesman on Health, Dr Morais Guy, said the Government should hasten its regulation of antigen testing, as some of the tests being imported into Jamaica are unreliable.

“Until the Government has a situation where they approve sensitive tests like these, and until you open the market more and faster, what is going to happen is a situation where you have the underground economy and people are forced to use these because the official entities were never there until January 6, 2021.”

But Tufton said this is easier said than done.

“There are eight facilities that are now trained to do antigen tests and training is done by PAHO (Pan American Health Organization), not the Government, so we have to coordinate with them. Also, once trained, these facilities need to secure the infrastructure: personnel and reagents (test kits). Some have not, even after being trained,” the minister explained.

“So it can’t be just about the Government, in fairness. Rather, I think there is a need for more collaboration on both sides. I have been pushing for this…It is important that we appreciate that this is a process requiring equipment, material…and then all combined to ensure the process of testing that ensures quality control.”

Meanwhile, Dr Guy pointed out that COVID-19 falls within the group of diseases, inclusive of malaria, HIV and cholera, for which doctors are obligated to report to the authorities, “so from that perspective, if you find a patient who is positive, then you must report it. Otherwise it is unethical.”

When The Sunday Gleaner revisited the St Andrew unauthorised antigen testing site yesterday, the operators had packed up and left.