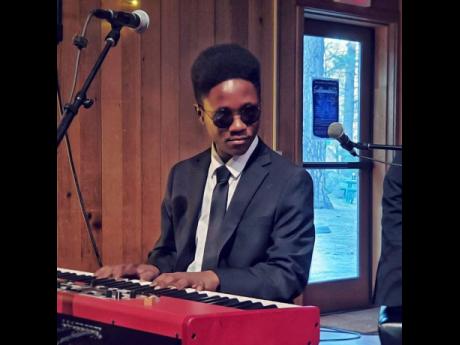 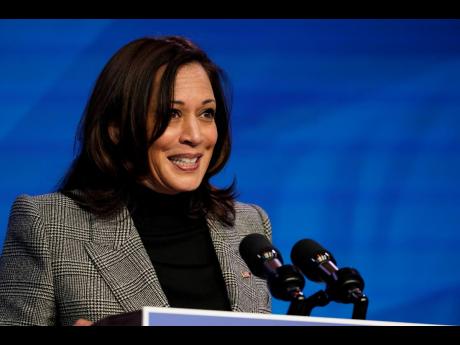 AP
Vice-President-elect Kamala Harris speaks during an event at The Queen theatre on Saturday, January 16 in Wilmington, Delaware.
1
2

When The Star-Spangled Banner is belted out on Tuesday at a ceremony in honour of United States Vice-President-elect Kamala Harris, the voice behind the music will be 17-year-old Jamaican multi-instrumentalist Joseph Davis.

The prodigy, who plays 12 instruments, including piano, drums, bass guitar, electric and acoustic guitar, and the euphonium, was selected by the California State Society (CSS) to perform at the Washington, DC, virtual event, which will have approximately 350 people in attendance.

Davis, who hails from Montego Bay, was born in the United Kingdom to Jamaican parents. A former Campion College student, he currently attends one of the highest-ranked performing arts schools in America, the Idyllwild Arts Academy in California.

His mother, podiatrist Angela Davis, and father Sheldon Davis, an auditor, identified his talent from as early an age as five when he played the theme music from television programmes on a toy piano he had received from his godmother.

On Tuesday, he will sing the anthem a cappella.

“I don’t think that anybody else would consider producing an a cappella arrangement of the American national anthem, recording all of the parts with their own voice,” the wunderkind said, adding that he believed that style to have been one of the pull factors behind his selection from a group of competitors at his school.

Davis produced his own harmonised version of the American national anthem and created a video of his performance from his bedroom in Montego Bay. Idyllwild Arts Academy was selected because of its rich music heritage and pedigree.

He considers his latest achievement a huge honour. However, this is not his first big feat, having won the Jamaica Cultural Development Commission competition for piano, and performing at Governor General Sir Patrick Allen’s Christmas event.

“So to perform at an inaugural event in honour of Vice-President-elect Kamala Harris is up there among my top three,” he told The Gleaner.

Harris has Jamaican ancestry through her father.

While at Campion in Kingston, Davis was part of the school band and regularly played piano at devotions, at graduations, and at other events.

It was his piano teacher, Roger Williams, who heads the music department at the Edna Manley School of the Visual and Performing Arts, who recognised his talent and encouraged him to follow his passion and apply for performing arts high schools in the United States.

In the past year and a half, the teenager has proven his mettle and already has a scholarship to Berklee College of Music in Boston this September.

His parents are just as elated as he is.

“We have always encouraged our children to be the best at whatever their chosen career path may be. As a young child, Joseph showed an aptitude for music and academic studies,” the Davises said in a response to The Gleaner.

“As his passion grew for music, we decided to let him follow his heart.”

Davis has been back in Jamaica since March 2020, attending online school ,where apart from the academic curriculum, he studies jazz piano and songwriting.